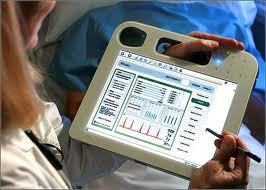 After sustained lobbying from some medical groups, the federal government said it intends to delay the adoption of the ICD-10 morbidity classification scheme.

The announcement brought cheers from the American Medical Association, which represents about a quarter of the nation's doctors. But HIMSS, a health care IT nonprofit, is pleading with the government to stay the course, calling ICD-10 the "very basic foundation" of health care transformation projects.

"HIMSS believes that there is achievable value in the adoption of ICD-10" by the original deadline, the group said in a release Friday. "The use of this more robust and upgraded data classification system, with the capacity to include current medical knowledge and 21st century patient procedures, will improve health care."

The ICD-10 codes, an update on the nearly 30-year-old ICD-9 system and already in use in Europe, give a much greater granularity to classifying disease and injury. Much greater granularity. For instance, they apparently include categories for such obscure injuries as accidents in chicken coops and opera houses, and increase the number of classification codes nearly 10-fold, according to experts.

Previously, the Centers for Medicare and Medicaid Services said U.S. providers and hospitals had to upgrade by October 2013. But providers have been complaining of the logistical and administrative burdens of deploying the codes, especially as many are otherwise engaged in setting up electronic health record systems to collect meaningful use bucks or meet other health reform challenges. They are also fretting over the cost. AMA, for instance, has cited a study claiming small practices would have to spend tens of thousands of dollars to get their offices up to snuff with the new system.

And now it seems Department of Health and Human Services Secretary Kathleen Sebelius is listening to their concerns. On Thursday, she announced her department intended to delay the ICD-10 implementation, saying she would work with doctors to "reexamine the pace at which HHS and the nation implement these important improvements to our health care system."

How long the delay would be for isn't known. Still, the news drew praise from the AMA, which formally announced its opposition to the October 2013 ICD-10 deadline in a meeting last November.

"The timing of the ICD-10 transition could not be worse for physicians," Dr. Peter Carmel, AMA's president, said on the group's website this week. "Burdens on physician practices need to be reduced -- not created -- as the nation's health care system undertakes significant payment and delivery reforms."
1(current)
2