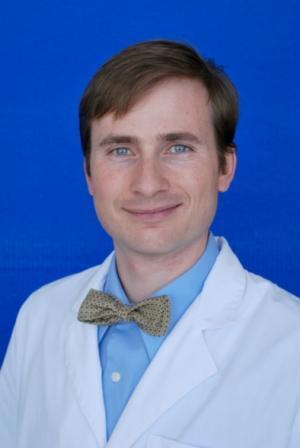 Dr. Ben Paxton (Credit: Duke)
Doctors who own or lease MRIs are nearly twice as likely to order back scans with negative results, adding to the evidence that self-referral is linked to unnecessary imaging, according to a new study presented Wednesday morning at the Radiological Society of North America's annual meeting in Chicago.

While studies have previously examined the relationship between self-referral and imaging utilization, this is one of the first that involved directly scrutinizing the results of the scans, the report's authors said.

"We looked at the results of the scans, as opposed to the patterns of billing and orders," Dr. Ben Paxton, a radiology resident at Duke University Medical Center in Durham, N.C., and an author of the study, told reporters at a press conference Wednesday. "That's why our study is exciting."

Looking at the lumbar scans

In the study, the researchers looked at 500 consecutive lumbar spine MRIs drawn evenly from two referring orthopedic physician groups in the same community. One group had a financial stake in the MRI equipment, the other didn't. The spine MRIs were then reviewed by four independent radiologists who specialize in musculoskeletal reads.

Dr. Ramsey Khilani, an associate faculty member at Duke and senior author of the study, said the justification often offered by defenders of self-referral in earlier studies is that patients seen by self-referring doctors could somehow be different - perhaps, sicker - and thus require a greater number of scans to get the same results.

According to Government Accountability Office figures from 2008, Medicare part B expenses for imaging have grown nearly 8 percent per year over much of the past decade, and much of the money goes to non-radiologists. Of the $14.1 billion in Medicare imaging costs, $9 billion (or 64 percent) went to doctors' offices. Of these, a further 68 percent, or $6.1 billion, went to non-radiologists. Radiologists accounted for only $2.9 billion, Paxton said.

Congress and the federal government have attempted to address self-referral problems - in the 1990s, a group of laws, known as the Stark laws, put limits on self-referral, and starting this year, the Centers for Medicare and Medicaid Services began requiring doctors referring patients to equipment they have a stake in to also provide patients with addresses of other nearby imaging centers.

However, Khilani said more should be done, such as requiring strict reporting of ownership so Medicare has a better sense of who owns what.

"In the end, unless you have some sort of enforceable policy, it's not going to have a lot of teeth," he said.

RSNA 2011: GE Healthcare brings ultrasound to the next level