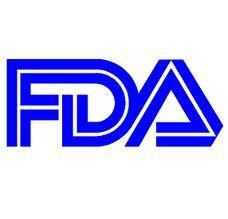 The U.S. Food and Drug Administration stepped in to warn patients of a California radiology practice of potential faulty mammograms.

On Thursday, the watchdog agency issued a safety notification to patients who had a mammography exam at Huntington Radiology in Huntington Park, Calif. between Sept. 9, 2008 and Sept. 9, 2010.

As a result of a review by the American College of Radiology that looked at the facility's breast images, Huntington Radiology was stripped of its mammography license as of Sept. 9, 2010. The ACR review discovered the facility's exams included "poor quality mammograms with possibly unreliable results," according to the FDA.

The practice sent letters to patients and their referring physicians but Huntington Radiology "has been unable to demonstrate to FDA's satisfaction that all affected patients were successfully notified," the agency said.

The agency urges patients who got a mammogram at the facility within the specific time span to discuss the need for another exam with their doctor, unless they've already had an exam elsewhere since then.