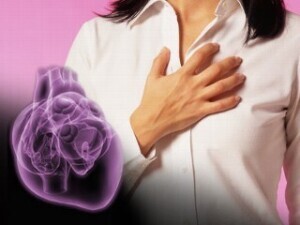 Many high-risk cardiovascular devices on the market lack adequate proof of safety and effectiveness for women, new research finds.

Despite a U.S. Food and Drug Administration requirement for gender-specific data as part of the medical device approval process, only about one-third of women took part in clinical trials that were reviewed in the study from 2000 to 2007, which appeared online Monday in Circulation: Cardiovascular Quality and Outcomes.

The researchers performed a systematic review of the demographics, comments on gender bias and analysis of results by sex for 78 cardiovascular devices that received premarket approval between 2000 and 2007. The study was led by Dr. Rita F. Redberg, director of women's cardiovascular services and professor of medicine at the University of California, San Francisco.

Redberg and colleagues found that out of 123 studies reviewed by the FDA, 28 percent didn't report the sex of the participants, while men made up 67 percent of the enrollees in the studies that did report gender distribution.

"Explanations for the relatively low percentage of women often stated that the trials reflected either underlying disease distribution or referral rates for similar procedures or that the sex distribution reflected similar or previous trials," the authors wrote.

The researchers found that only 41 percent of the studies reviewed included a gender bias comment or analysis, even though the FDA requires such information for all studies. Out of 47 of these analyses, 12 "identified some difference in device safety or effectiveness by sex," the authors wrote, emphasizing the importance of such information.

"More rigorous FDA requirements for sex-specific data before device approval could present an opportunity to improve cardiovascular outcomes," they said.

Researchers acknowledged the study findings were limited because it only looked at FDA Summaries of Safety and Effectiveness Data that were publicly available and meeting materials from the agency's Circulatory System Devices Panel.

The agency said it's aware of the underrepresentation of women in clinical trials. "The findings reported in this study are not new," the agency told theheart.org in an e-mail.

"Interim policy improvements are already under way, intended to address the need for greater consistency in sex-specific analysis and availability of sex-specific information for approved medical devices," the agency said. "Many of these efforts are being coordinated with general initiatives targeted at improving the quality, consistency, and transparency of the evaluation processes at the FDA."

In 2008, the FDA held a series of workshops on the gender differences in cardiovascular device trials reviewed by the agency, the researchers noted in their study.