War of words heats up in GPO controversy 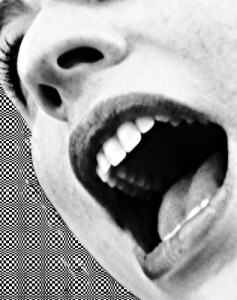 A new report released by a medical device trade group arguing that current rules for group purchasing organizations cost hospitals billions of dollars worth of lost savings was slammed by GPOs as "propaganda" and a "slap in the face."

The harsh words come in the latest round of dueling studies surrounding GPOs, the organizations that help negotiate prices from medical suppliers for nearly all of America's hospitals.

The Medical Device Manufacturers Association report released Wednesday claims that overturning GPOs' exemption from anti-kickback statutes, which let them collect administrative fees from vendors, could save the health care system up to $37.5 billion every year.

But GPOs responded by questioning the validity of what they see as an industry-funded study contradicted by some earlier research, including a report issued last week by the Government Accountability Office.

"The device industry attacks GPOs because we are working for hospitals," Curtis Rooney, president of Health Industry Group Purchasing Association, said in prepared remarks. "The relationship between GPOs and manufacturers should be adversarial in this context, and the attacks tell us that we are effective in driving manufacturer prices down and providing significant cost-savings to hospitals, patients and payers alike."

At the core of the MDMA study is what the device group sees as anti-competitive practice brought about by GPOs given a more than 20-year-old anti-kickback exemption to collect fees equal to a percentage of the auction proceeds from vendors.

"This exemption has allowed GPOs to retain an equity interest with those [with] whom they negotiate [for] lower prices. So long as GPOs are allowed to negotiate this way, they have a conflict of interest," Hal J. Singer, who co-authored the report with Robert E. Litan, told reporters at a press conference. Both men are economists with consulting firm Navigant Economics.

The authors say fee-collecting further helps jack up prices because suppliers will bid less aggressively as they must spend some money on fees, and also the high cost of participating in the auction could drive out other suppliers.

"The resulting lack of competition might raise net costs for hospitals and
government," the report said, "despite the purported savings in transaction costs and consolidation of purchasing power made possible by GPOs."

The anti-kickback exemption comes from a 1986 statute that lets GPOs receive fees from suppliers for items reimbursable by federal health care programs, the report said. The groups got the exemption by convincing Congress the greater bargaining leverage provided by GPOs in securing contracts would ultimately save the government money, according to the report.
1(current)
2
3