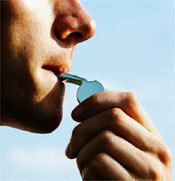 For a second time, federal investigators are looking into complaints filed last year by U.S. Food and Drug Administration scientists that accused senior managers of pressuring the scientists to approve medical devices, despite the reviewers' concerns about health risks, according to media reports.

The complaints were made public last year in a letter to President Barack Obama, and now the Office of Inspector General of the Department of Health and Human Services is re-opening the investigation.

The letter included instances in which FDA officials violated agency rules and in some cases, federal law.

The investigation was closed in February, after investigators determined there was no criminal wrongdoing. But the scientists said their main concerns did not involve criminal matters. An independent group, the Project on Government Oversight, launched its own investigation and took the findings to the HHS inspector general earlier this year.

The POGO called the investigation "seriously flawed," in a letter sent to the inspector general earlier this week viewed by DOTmed News.

The letter went on to say POGO is "gravely concerned that the current FDA leadership is hiding behind the seemingly favorable outcome of the 2009 investigation and is using this outcome as an excuse for not taking the necessary corrective actions."

The OIG is also looking into the FDA's Center for Devices and Radiological Health and its highly debated 510(k) clearance process, in addition to the FDA's process for resolving internal disputes, according to a Wall Street Journal report.