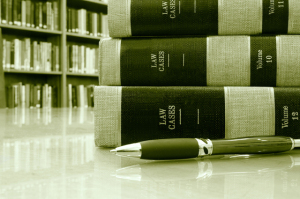 The Endologix statement says the company is "confident" that it has not infringed upon the patent, and will vigorously defend its position. John McDermott, President and Chief Executive Officer of Endologix said: "We are well versed on the patent cited in the lawsuit. Based on significant prior evaluations, testing and outside legal reviews, we are confident in our belief that we do not infringe the patent. Before developing and manufacturing our own in-house ePTFE graft material, we conducted a deep and thorough review of the patent landscape to insure that we would not infringe on any existing intellectual property. This included a specific, rigorous review of the Bard Peripheral patent named in the lawsuit, both internally and by outside legal counsel. Based upon those reviews, we believe the alleged infringement claims are without merit and intend to vigorously defend our position."

Bard is asking for damages and an injunction against Atrium and Endologix from selling the alleged infringing products. Endologix says it received FDA approval to manufacture its ePTFE graft material in April 2007 and has manufactured all of its own graft material since 2008.

Adapted in part from an Endologix press release, available here.