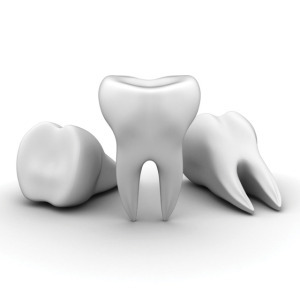 Improperly sterilized
instruments cause concern at
veterans hospital
More than 1,800 veterans may have been exposed to hepatitis B, hepatitis C and HIV after a hospital inspection discovered dental tools were washed improperly, according to a letter sent by the St. Louis VA Medical Center to the potentially affected patients.

The finding is the result of an internal quality inspection and affects veterans who received dental care between Feb. 1, 2009 and March 11, 2010.

Hospital workers in the John Cochran Division reportedly washed dental equipment by hand prior to putting the tools through the sterilization process, while protocol requires that the equipment should go straight to the hospital's sanitation and sterilizing department for specialized cleaning.

"Even though they hand washed, hand washing may not remove all of the protein and debris that's there," Linda Dickey, a spokeswoman for the Association for Professionals in Infection Control and Epidemiology (APIC), told DOTmed News. "The expectation is for the instruments to go through a series of processes that use specialized chemicals that break down protein and will work to get rid of debris before [going through] the sterilizer."

The hospital said in its letter there is a low risk of exposure, but "any risk to our veterans is unacceptable."

"I would imagine the risk level is significantly low, but we can't say it's zero," said Dickey. "In particular, any instruments that do have any type of crannies or holes where blood or any kind of tissue could have gotten inside, that's where there's a higher risk -- where you have any kind of reservoir that can hold onto protein or body fluids."

Veterans who may have been exposed can undergo free blood tests at the hospital, according to the letter.

Congressman Russ Carnahan (D-MO) has contacted the White House, the Department of Veterans Affairs and the House Committee on Veterans' Affairs demanding a formal investigation, according to his office, calling the incident "totally unacceptable."

"No veteran who has served and risked their life for this great nation should have to worry about their personal safety when receiving much needed health care services from a Veterans Administration hospital," Carnahan said in prepared remarks.

Whether incidents like these are common is hard to know, said Dickey. But she pointed out that there is a higher risk of improper washing and sanitation in hospitals or clinics that lack a highly trained staff or infection prevention programs.

"I don't know how often it occurs, but the cleaning process itself is going to get rid of a lot of organisms," she said. "Is there a risk of transmission? Yeah, there is, and that's why the VA reached out."