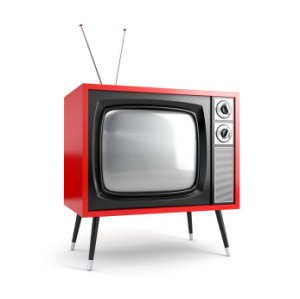 Media have a positive
impact on vaccination rates
All of the media hype surrounding influenza and vaccine shortages and delays may not be so bad after all. A study published Wednesday in Health Service Research reported that on average, national news reports regarding the flu are estimated to increase annual vaccination rates by nearly 8 percent.

While influenza was ranked fourth among all health news stories followed by the American public during the period 1996 to 2002, only a small number of studies have ever looked at the effect of mass media on influenza vaccination, according to the University of Rochester School of Medicine report.

"We know that mass media can substantially influence health knowledge and the use of health services," said lead researcher Dr. Byung-Kwang Yoo in a statement. "In this instance, it is also clear that the media play a significant role in public health."

The team of researchers at the university's medical center, studied vaccination trends over the course of three flu seasons, from 1999 to 2001. In 2000 and 2001, there was either a vaccine supply shortage or delay in delivery, or both.

Data was collected from news transcripts that mentioned the influenza vaccine from the four major national television networks - ABC, CBS, NBC and Fox News - The Associated Press, and USA Today. Yoo told DOTmed News that the medium with the strongest effect was television.

Yoo said he was not surprised by these findings, given previous smaller studies, which indicated the mass media effect on vaccination rates.

The researchers studied trends among 22 million individuals age 65 and older, which is the population that accounts for about 90 percent of flu-related deaths and 63 percent of hospitalizations. According to self-reported surveys, annual vaccination rates for this population are about 70 percent. Those who lived in assisted living centers were excluded because the researchers anticipated the vaccine would be given at the centers, as opposed to those scheduling doctor visits.

The report notes increased vaccination activity after news reports mentioned the flu. And the study found that people received the vaccination an average of 4.1 days earlier, following news reports.

This effect was also prominent when terms such as "shortage" and "delay" were included in a story and when the terms "influenza" and "vaccine" appeared in a headline, as opposed to just the body of an article.

Yoo pointed out that the only negative impact "too much" media coverage would be healthy people rushing to get the vaccine, thus preventing vaccination for higher-risk groups such as the elderly and young children.

But "in general, motivating people to seek vaccination is a positive effect," he said.

Because of the significant impact mass media coverage had on not only people seeking vaccination but seeking it earlier than normal, Yoo recommends that public health agencies collaborate with the media in an effort to encourage people to seek vaccination early and annually.

"Collaboration with mass media should be encouraged," he said.

Yoo is currently proposing a similar study, which would look at the effects of mass media coverage on the recent H1N1 pandemic and vaccination.