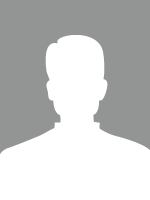 Mike is a very honest professional dealer in this business, I look forward to many more deals with him... Details

Parts came up missing after New & Used Lasers received package; they did not replace. Be thorough in your inventory invoice and documentation as i was out of luck and never saw my handpeice again. Details

Very disappointing experience: Mike Knight took my laser for repair and refuses to fix it or return the equipment . Do not recommend !
Mike Knight responded: We take all complaints by our customers very seriously and do our best to try to resolve them amicably. Dr Kerns' system has been repaired for some time now and ready for her to pick up as soon as she pays her bill. She refuses to pay the bill for her repair as well as pay the bill or return a system that we rented her while we were repairing her system. She prefers to use our rental system without paying for it as long as she can so she can continue to bring in revenue to her practice without having to put out any money at this time. I'm not sure to what end she thinks she can do this but unfortunately we will soon be forced to liquidate her system in order to pay her bills and also as reimbursement for our system which she refuses to return. This is a situation that we wish we were not in but we have tried many times to resolve this with no luck. Feel free to contact us to get a more detailed accounting of this as well as plenty of proof that our account is correct.
Details

Mike Knight is a great guy to deal with. He is honest, courteous, and knowledgable!! I highly recommend Mike and newandusedlasers.com Details

Mr. Knoght is very knowledgable and reliable. He has completed every transaction in a timely basis and has bee a tru professional. I would recomend him to my own family.. Details

Registration is Free and Easy.