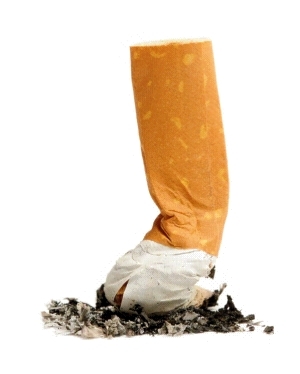 Nearly all hospitals
are going smoke free
While a study completed in November 2008 found that 45 percent of U.S. hospitals had adopted "smoke-free campus" policies, these numbers are continuing to climb, Scott Williams, associate director, Department of Health Services Research for the Joint Commission, tells DOTmed News.

For instance, Williams says that in North Carolina, 68 percent of hospitals reported having smoke free campuses in November '08. Since then, this number has shot up to 100 percent.

The trial, examining the current smoking policies and future plans of 1,916 Joint Commission-accredited hospitals, was published in the August 20 issue of the journal Tobacco Control.

The trend toward smoke free campuses--including parking lots and outdoor areas--has been dramatic, Williams tells DOTmed. In 1992, the Joint Commission implemented a standard requiring hospitals to adopt a non-smoking policy throughout all buildings, limiting smoking to separate, ventilated areas, he says.

At that time, fewer than 3 percent of hospitals extended this indoor smoking ban to include the entire hospital campus, both indoors and outdoors. However, by 2004, the rate began to double each year until '07, Williams says, adding that if that trend continues, "we believe that by this year or next, only a minority of hospitals will allow smoking on their grounds."

Williams notes that the smoke free mandate does not apply to Veterans Affairs (VA) hospitals. A law passed some years ago declares that vets must have a designated indoor area in which to light up. Williams says that while some VA hospitals have adopted smoke-free policies, they had to get a government waiver to do so.

"When patients come into the hospital after suffering a heart attack, they are forced to quit smoking. Sometimes, this provides an opportunity for the patient to quit. Not every patient follows through: on average it takes seven attempts to quit," Williams says. "If a patient is being treated for a heart attack, smoking will exacerbate the condition," he adds. "It's incumbent upon the health provider to find out whether patients smoke, without berating them, and take the opportunity to change their behavior."

With nicotine replacement gums and patches, counseling and medications [like Zyban] available, there's a lot we can do to help patients who want to quit," Williams says.

The study, "The Adoption of Smoke-Free Hospital Campuses in the United States," is the first of its kind to examine the national prevalence of smoke-free hospital campus policies. The Joint Commission is the world's largest healthcare standards setting and accrediting body.