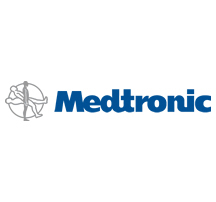 DBS may be entering
the therapeutic mainstream
Medtronic said it has submitted a PMA application for its "Deep Brain Stimulation" (DBS) therapy for patients with medically refractory epilepsy with partial-onset seizures. The company is attempting to win approval for patients who have uncontrollable seizures with little or no response to currently available anti-epileptic medications.

The Medtronic device provides bilateral neurostimulation of the anterior nucleus of the thalamus.

The company's PMA submission includes data from the trial called the SANTE (Stimulation of the Anterior Nucleus of the Thalamus in Epilepsy) a prospective, double-blind pivotal clinical study.

The first study results were presented at the American Epilepsy Society meeting in December 2008. The trial is still ongoing with some patients having received Medtronic DBS Therapy for more than four years.

"There is a clear need for new therapies to help patients with epilepsy who have uncontrollable seizures with little or no response to existing therapies," said Robert Fisher, M.D., professor of neurology and director of Stanford Epilepsy Center and principal investigator for the SANTE study. "When not adequately treated, epileptic seizures can substantially impair one's quality of life. Medtronic Deep Brain Stimulation therapy may offer new hope for many of these individuals."

"We are optimistic about the potential to bring Medtronic DBS therapy to market in the United States to meet the unmet medical needs that exist in the treatment of severe epilepsy," said Rick Kuntz, M.D., president of the Neuromodulation business and senior vice president at Medtronic. "As the company that pioneered DBS therapy, we're proud to work with leading physicians to continue the pursuit of appropriate applications for DBS therapy in chronic neurological disorders," Kuntz said.