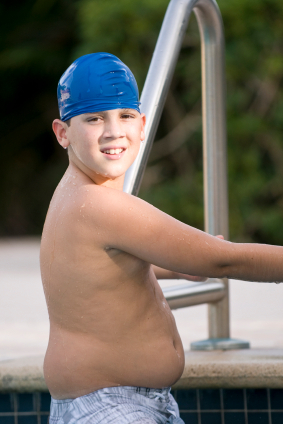 Excessive weight may
put kids at risk for apnea
Children who are overweight and wet their beds at night could have obstructive sleep apnea (OSA), researchers from Robert Wood Johnson Medical School have found.

Dr. Joseph G. Barone of Robert Wood Johnson studied the sleep patterns of 149 children between the ages of 5 and 15 with OSA, and in 139 children without these conditions, who served as controls.

After gathering information from medical records, including age, gender, height, weight, frequency of bedwetting, snoring, diabetes, nasal allergies, and enlarged tonsils, Barone found a significant association between both bedwetting, being overweight and OSA.

But even though these two conditions may both be symptoms of OSA, they are not related to each other, Barone notes.

His paper, published in the July issue of Pediatrics, urges physicians to consider the OSA diagnosis in children with the conditions he studied, especially when they have other symptoms of OSA, such as snoring, or when they don't to respond to bedwetting treatment programs.