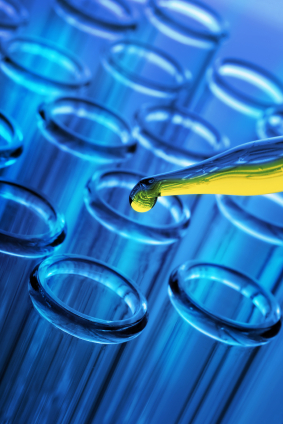 With Canadian reactors down
radiopharmaceutical suppliers
are looking elsewhere
Since the Canadian government refuses to say when, or if, its National Research Universal (NRU) reactor will be restarted, MO-99 distributor MSD Nordion and downstream supplier, Lantheus Medical Imaging, have both said they have contracted with new suppliers.

Meanwhile, the Canadian government refuses to invest in fixing the new $350,000 million MAPLES reactors that Nordion built for the government.

A Canadian government agency, Atomic Energy of Canada Ltd (AECL), says the MAPLES reactors have a fundamental design flaw. Rather than invest in fixing it, the agency has chosen to idle the reactors, frustrating many, including officials at the Society of Nuclear Medicine, which say U.S. hospitals were counting on MAPLES' supplies and that SNU officials would have looked for alternatives, had they known the MAPLES plants would be abandoned. (Nordion is now in arbitration with AECL.)

Realizing that AECL cannot be counted on to restart either plant, Nordion, which distributes the Canadian isotopes and radiopharmaceuticals that supply about 50 percent of MO-99 used in the U.S., says it has teamed up with the Karpov Institute of Physical Chemistry in Moscow to study the feasibility of receiving Mo-99 from Moscow.

"This collaboration is a critical component of MDS Nordion's larger strategy to help secure an additional and reliable supply of medical isotopes for the global nuclear medicine community," says Steve West, president of MDS Nordion.

The Karpov Institute is the main supplier 90 percent of Mo-99 and Tc-99m generators to the domestic Russian market. Its products are delivered weekly to more than 200 clinics throughout Russia, Alyakin says.

Karpov may prove to be a crucial supplier, as the world class reactor in The Netherlands, which supplies the same amount of MO-99 as Canada's NRU, is scheduled to shut down for extended repairs in 2010.

Meanwhile, Lantheus Medical Imaging, for whom the NRU reactor was the major supply source, said it has finalized an arrangement with the Australian Nuclear Science and Technology Organization (ANSTO) to receive Mo-99, produced from low-enriched uranium (LEU) targets in ANSTO's new OPAL reactor. Lantheus will be the first company to offer Technetium-99 (Tc99m) derived from LEU to the U.S. market, Lantheus says.

"Lantheus, together with ANSTO, is working closely with the FDA and Health Canada to achieve the necessary LEU Mo-99 approvals for the U.S. and Canadian markets. "Low enriched uranium (LEU) is a new and safer option for Mo-99 suppliers that cannot be used in nuclear weapons, therefore eliminating the risk of terrorism threats to LEU reactors," Lantheus notes.

Lantheus' competitor, Covidien, may be in better shape, at least for now, since it receives the bulk of its supply from The Netherlands reactor.