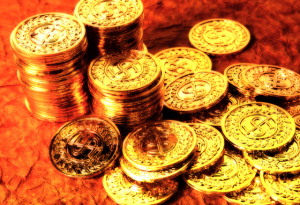 Priceless medical possibilities
"Microscopic entities that form biofilms can wreak havoc on all manner of surfaces, from mighty ships to teeth to medical devices," say Syracuse University researchers, who have discovered a new way to prevent the damage.

In a series of experiments, Yan-Yeung Luk, assistant professor of chemistry in SU's College of Arts and Sciences; and Dacheng Ren, assistant professor of biomedical engineering in the L.C. Smith College of Engineering and Computer Science, created a surface material on which they could manipulate and confine biofilm growth four times longer than current technologies, they say.

The two scientists have created a surface that seems to repel both bacteria and mammalian cells when the molecule is chemically applied to a thin film of gold coated on a glass slide.

They explain their research in terms of land, soil, and plants. "You start with a glass surface (the land); apply a thin film of gold to that surface, about 20 nanometers or five atoms thick (the soil); then top the gold with the molecules we created in the laboratory (the trees)," Luk says. "The goal is to see if the special molecules (trees) can resist or prevent protein from sticking to the overall surface. Put another way, do the 'trees' provide an inhospitable environment for birds (the biofilm) and therefore prevent them from roosting en mass?"

The researchers were able to control the growth of the biofilm with the surface material, allowing the biofilm to form in some places and restricting its growth in others.

In other experiments, the scientists discovered important differences in the way mammalian cells and bacteria attach to a surface. "Our surfaces are able to reveal that mammalian cell adhesion requires the existence of an anchor, while bacteria can adhere to almost any sticky surface," Luk says.

The researchers' discoveries and the surface technology they developed can be used to answer critical questions that previously eluded scientists and may lead to the development of improved medical implants and to new ways to prevent biofouling.

"This level of surface control has never before been achieved," Ren says. "We hope that what we have learned in the laboratory will help answer other fundamental questions in surface materials research and lead to the production of new materials for use in medicine and industry."

Over 100,000 unnecessary procedures performed in first year of pandemic