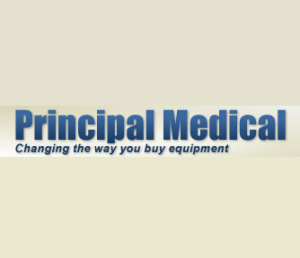 DOTmed Certified Matt Bion Matt Bion, of Principal Medical LLC, Bloomington, MN, said he was in training to become a cop when he decided that refurbishing and selling medical equipment was his true calling. He always had a knack for troubleshooting equipment and soon landed a spot in Narco's warehouse, a company that rents and sells respiratory monitoring, ultrasound and radiology equipment.

"When I first applied to Narco, I told them I wanted to be in sales. After I proved myself in the warehouse and moved up five positions to equipment technician, a job opened in sales and I got it," he says.

Bion was a rising star at Narco and then at UHS, another sales and rental company that bought Narco eight years ago. Bion exceeded his sales numbers every year and UHS's top brass put him in charge of its 140-person sales team, renting and selling to hospitals, surgery centers, veterinarians and clinics.

Although Bion was being groomed to climb the company ladder, he had no interest. Instead, he wanted to own his own company. Two years ago, after 14 years in the industry, he felt the time was right. "I've always been drawn to sales of surgery equipment," he says. "I specialize in anesthesia, defibrillators, infusion pumps, monitoring and respiratory equipment."

Bion says customers are buying a lot of monitoring devices--mainly Datex Ohmedas (Datex is owned by GE). His customers are dealers, surgery centers and hospitals.

While other refurbishers can't get their foot in the door of hospitals--because most hospitals buy new equipment--Bion says that supervising 140 sales people at UHS helped him meet biomed technicians at hospitals who buy from him now. "A lot of the hospital associations have buying groups and get better pricing if they buy new," Bion says. "But I've had a lot of luck dealing with the hospitals' biomed managers and doing parts replacements."

His customers know that if they need a new NIBP (non-invasive blood pressure machine) it would be $1,500 to $3,000 from the manufacturer. Bion can sell them the same thing for half that price, completely refurbished with the same warranty, he says, adding, "OEMs can be like car dealers when you want something fixed and it doesn't get done. And people are tired of dealing with an automated phone system."

Bion says he will do anything for a customer. His philosophy, which has earned his company its 2008 DOTmed 100 designation, is to give a lot of free advice. If he doesn't have what the customer wants, he'll help point him in the right direction. "One day, they're going to call me back and I'll be able to sell them something," Bion says. "When I refer people to vendors, it's to vendors I've trusted for the last 15 years."