Laser Labs is Extending its Focus 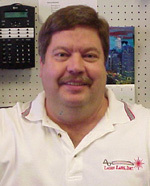 When he founded Laser Labs in 1994, David Spirko, President and CEO, "just wanted to do what I knew how to do," and consequently decided to specialize in the purchase, repair, refurbishment and reselling of used ophthalmology medical laser equipment. His business flourished, in part, due to the fact he had grounded himself in his expertise and in part, due to the fact that while the manufacturers of the ophthalmology medical laser equipment continued to create new models, the quality and function of the equipment did not change significantly over the course of this time.

Being driven by economic competition, the manufacturers are obliged to continually upgrade their technology. As Spirko puts it, "they invented a newer mousetrap but it's still a mousetrap." Granted, the evolution of the ophthalmology laser technology from something that was 5 feet tall and weighed 100 lbs, to something the size of a laptop, has the obvious advantage of portability. Yet an increasing number of ophthalmologists have been vying for the `old mousetraps' and the lower cost.

Now that they are beginning to sell, refurbish and repair the lasers used by dermatologists, Laser Labs is taking on a challenge unlike any they have seen before. As compared to the current ophthalmology laser technology, that "has not advanced significantly," the latest line of dermatology medical laser equipment is a completely different line from its predecessor line.

What will happen as Laser Labs expands to include the buying, selling, refurbishing, and repairing of medical laser equipment whose quality and function actually does differ significantly from the quality of its predecessor line? Only time will tell.

While David Spirko's formal education consists of a high school diploma and a two-year vocational training program in electronics, he attributes his real education to his former employer, the medical laser company, Coherent Medical. The hands-on experience he had while working there, enabled him to cultivate his expertise to a level that ultimately enabled him break off from Coherent Medical and develop Laser Labs in 1994.

AR/VR is the future of clinical device service