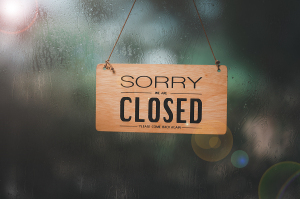 It looks like another small-town acute-care-oriented hospital will be biting the dust.

And a new report by the bankruptcy court shows just how bad the situation is for Berwick Hospital Center's nearly 5,000 patients, and staff, since Priyam Sharma, who owns two companies, one for the hospital and another for the clinics, shut down two clinics — and then put the clinic company into bankruptcy, according to Pennsylvania News station WNEP.

The move came after an initial proposed plan to shut the facility was shot down by the Pennsylvania Health Department for "lacking necessary information to provide for an orderly wind-down of acute care services," according to the station.

“I had a patient today that came in; she was crying, saying, 'please, are you still gonna be here, I want you to take care of me, you've taken care of my legs.' We want to be here, we plan on being here for a long time. I've been here for 15 years. I've become part of the community; I love the community. I raised my children here. And I want to stay here,” said Dr. John Guerriero.

Dr. Guerriero's clinic is affiliated with the Berwick Hospital group and is still open, although he expects that it, too, will close soon.

The bankruptcy court appointed an ombudsman to investigate patient care. The investigator, Deborah Fisher, who filed the just-released report, noted that she has spoken with patients whose care had been delayed because of the sudden closure.

Also noted: The last open clinic, Guerriero's, has been forced to take on added duties from the closed facilities, including accessing patient records because all the other providers were “immediately locked out of the hospital's records system,” according to the news station.

In addition, Guerriero's clinic has taken on additional prescribing, handling lab results and ordering more tests for patients left adrift by the closures.

The Pennsylvania Department of Health confirmed to the news organization that the Berwick Hospital Center plans to close as a general hospital and turn into a psychiatric facility, and that it is reviewing a new plan from Sharma.

News of the conversion of the hospital was met with shock and dismay by caregivers at the acute care facility, when it was first announced in late July. At that time, they sought to meet with Sharma, but with no success.
1(current)
2