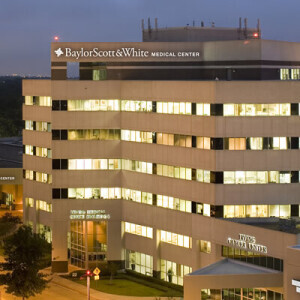 The incident happened at 8 p.m. on June 28. Police were called in by a nurse who noticed the patient was carrying a handgun, reported NBC 5 Dallas-Fort Worth/KXAS-TV. “It was his behavior, with the possession of that firearm that caused her concern," said Irving police spokesman Robert Reeves in a news conference outside the hospital.

A hospital police officer and an Irving police officer confronted the patient about the gun. He then whipped it out and fired one round at them. Several officers in the room fired back. The patient, who was 34, died from his injuries. His name was not released.

No one else was hurt, said police. It was not disclosed how many officers were in the room and how many shots were fired at the patient. The reason for the patient’s admission to the hospital was also not revealed. “We appreciate the swift response of the Irving Police Department. Patient care is continuing normally,” said Baylor Scott & White in a statement.

The incident follows a deadly shooting on June 1 at Saint Francis Medical Center in Oklahoma that left five people, including the gunman, dead and multiple others injured. Michael Louis, of Muskogee, opened fire with an AR-15 rifle and a .40-caliber pistol. Among his victims was Dr. Preston Philips, a surgeon whom he blamed for ongoing back pain he experienced following a May 19 procedure.

Attacks against hospital workers are on the rise and have only been exacerbated by the pandemic. Scripps Health staff in San Diego said they experienced a 17% increase in verbal and physical attacks from patients in 2021, compared to 2020.

And Cox Medical Center Branson in Missouri has equipped its staff with panic buttons to notify security of any threats they experience. The technology enables security to track their location, and if they are on the move.