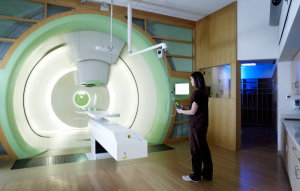 An advanced form of radiation therapy, proton therapy is designed to better target and eradicate tumors with less risk of damaging healthy tissue and creating short-term and long-term side effects in patients.

The insurer, which argued that the treatment was experimental and investigational, failed to justify how proton therapy did not align with its definition of what is “medically necessary,” according to Judge Kenneth Marra of the U.S. District Court for the Southern District of Florida on Thursday.

Marra ruled partially in favor of plaintiffs Sharon Prolow and Mark Lemmerman, who both sought coverage for proton beam radiation therapy for non-metastatic breast and prostate cancer, respectively, according to Modern Healthcare.

He did, however, say it was unnecessary to take up the claim that Aetna violated the Employee Retirement Income Security Act by denying coverage. ERISA refers to a set of federal laws that are part of the Employee Retirement Income Security Act of 1974. Under this Act, employers pay employer-based plans to create clinical guidelines for judging and approving claims such as PT. Many insurance providers often use these guidelines as grounds for its approvals and denials, and all claims and appeals processes must be exhausted before a civil lawsuit can be filed.

Prolow had filed the suit on behalf of beneficiaries of ERISA plans and claimed that Aetna violated its fiduciary obligations when it denied coverage for proton beam radiation therapy for breast cancer. Marra earlier this month ordered Prolow to amend her complaint to make clear that a breach of fiduciary duty does not rest on an assertion of unpaid benefits by Aetna.

While Aetna did not respond to Modern Healthcare for comment, it wrote in its denial letters to Prolow that "clinical studies have not proven that the procedure is effective for treatment of the member's condition.” The company deems proton beam radiotherapy “experimental and investigational” for breast cancer in adults over the age of 21 “because its effectiveness for these indications has not been established,” according to its policy.

But Marra said Aetna failed to show any connection between its denial and the five guide points it uses to determine whom to cover. He also said that the unnamed “clinical studies” it mentioned were not sufficient for justifying its denial.

Already widely approved for pediatric and advanced cancers, the use cases and clinical evidence on the benefits of proton therapy are growing, and the technology necessary for it is becoming less expensive and more efficient. More health systems are offering the treatment and more facilities are being built.

But not all insurers cover its use, especially for more expensive applications. Many argue that evidence of the treatment being more effective than traditional radiation is limited. This has led to a number of lawsuits against Aetna and other healthcare insurers.

Last March, a federal judge ruled for a class action lawsuit filed against UnitedHealthcare to move forward after it refused to cover proton therapy costs for three cancer survivors for their respective cervical, brain and prostate cancers. The suit alleged that UnitedHealthcare “deceptively and unfairly administered” the ERISA plans of all three survivors rather than cover the costs of the treatment itself “because it is more expensive than more traditional cancer treatments.”

“Employers often don't have any clue that when they hire an insurer to administer their plans they will run into issues where their participant-employees or beneficiaries of the employees will have health or mental health claims that insurers don't want to pay. Frequently, employers defer to their insurer to handle the defense of any claims that arise from these insurer denials,” Timothy J. Rozelle, associate attorney for Kantor & Kantor, told HCB News at the time.