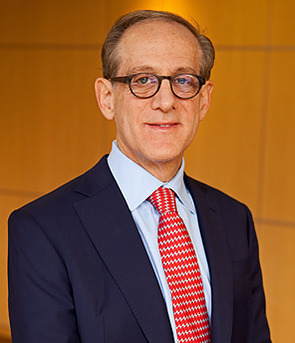 Dr. Jay Bronner
(EL SEGUNDO, Calif.) July 29, 2020 – Radiology Partners (RP), the leading radiology practice in the U.S., today announced that Jay Bronner, M.D., will step down from his position as President and Chief Medical Officer (CMO) at the end of the year. Beginning in July, Dr. Bronner transitioned to a part-time role, enabling him to assist with designing the next phase of clinical leadership and transitioning key duties to new physician leaders.

“As our first CMO, Jay has had a profound impact on RP, helping establish our culture and values and develop our clinical programs. Jay has also spent a significant part of his tenure at RP in creating partnerships that helped contribute to our growth with radiology practices, hospitals and most recently hospital systems. We appreciate all that he has done for our patients, our practice and the radiology profession,” said Rich Whitney, Chairman and Chief Executive Officer of RP. “We are forever thankful and wish Jay the very best. He will always be a part of RP.”

Dr. Bronner joined RP in 2013, not long after the practice was founded. As its inaugural CMO, he immediately formed and has since led the Clinical Value Team, a multi-disciplinary team which is responsible for the clinical initiatives that enhance the clinical value RP delivers to patients and partners. These best practice recommendation (BPR) practice guidelines are used across RP practices nationally to reduce clinical variability and improve health outcomes for millions of patients. He also oversaw the development and deployment of recoMD, RP’s artificial intelligence tool that promotes adoption of the evidence based guidelines into daily care. Over his tenure, Dr. Bronner helped shape and lead countless other areas within RP, including Radiology Partners Research Institute (RPRI), a research collaborative between RP and academic institutions. Under Dr. Bronner’s leadership, RP was awarded numerous distinctions. In 2019 alone, the practice received the Radiology Business Journal Innovation Award, the Imaging Wire Action to Insights Award and was recognized as an exemplary practice by the Centers for Medicare and Medicaid Services.

“When I joined RP, my colleagues and I aspired to build the leading radiology practice in the country. Now, reflecting on everything that’s been accomplished, I’d say we’ve achieved that goal in many ways,” said Dr. Bronner. “Whether we are talking about clinical innovation, growth, or our ability to influence the future healthcare landscape, RP has never been stronger. I am grateful to have been part of the practice. It is the right time for new physician leaders to step forward in continued support of our mission to transform radiology.”

RP leadership, in close coordination with Dr. Bronner, will take the next several months to evaluate the office of the CMO as it designates new physician leaders to help lead RP in the future.


About Radiology Partners
Radiology Partners is the largest physician-led and physician-owned radiology practice in the U.S., serving over 1,200 hospitals and other healthcare facilities across the nation. As a physician-led practice, our mission is to transform radiology by innovating across clinical value, service and economics, while elevating the role of radiology and radiologists in healthcare. Using a proven healthcare services model, Radiology Partners provides consistent, high quality care to patients, while delivering enhanced value to the hospitals, clinics, imaging centers and referring physicians we serve. Learn more at www.radpartners.com.