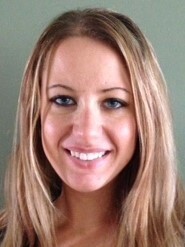 “As SNMMI-TS president, my goal is to promote clinical excellence by working closely with leadership to continue to develop, translate and communicate standards for quality in clinical practice, as well as ensuring that technologists have pathways to obtain the skill-set necessary to perform the tasks required of them,” Buehner said. “There is always room to enhance communications, educational offerings, advocacy and research support. In the rapidly evolving field of nuclear medicine, I also firmly believe in sharing knowledge and working together with related societies and the international community to bring patients state-of-the-art imaging and precision therapies.”

Buehner has close to 20 years of experience as a nuclear medicine technologist. She worked as the manager of the nuclear medicine/nuclear cardiology at Loyola University Health System’s Gottlieb Memorial Hospital in Melrose Park, Illinois, for five years and as a staff technologist and clinical educator at Northwestern Memorial Hospital in Chicago for 14 years before taking her current position.

Currently a director-at-large on the SNMMI Board of Directors, Buehner has also served as a delegate on the SNMMI House of Delegates since 2011, on the SNMMI-TS National Council of Representatives since 2011, and on the SNMMI-TS Awards, Grants, and Scholarships Committee since 2010. Very active within the Central Chapter of SNMMI, Buehner serviced as chair of the Membership and Programs committees, on the technologist Educator’s Task Force, and as technologist chapter president from 2014 to 2016. Outside of SNMMI, she has served on the Nuclear Medicine Technology Certification Board (NMTCB) since 2015 and was the SNMMI-TS representative to the Associated Sciences Committee for the Radiological Society of North America in 2016-2017.

Buehner was named a fellow of SNMMI-TS in 2015. She was accepted to and completed the Society of Nuclear Medicine (SNM)/IBA Leadership Academy in 2010. She won the Northwestern Memorial Hospital’s Employee Excellence Award in 2010 and the SNM’s Paul Cole Scholarship in 2001. Her publications include five journal articles, two book chapters, and many invited speaker presentations.
1(current)
2