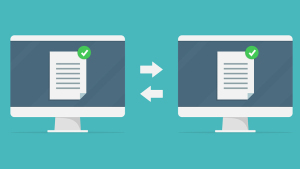 Epic Systems is telling its customers that it is going to stop further integration with Google Cloud — putting more effort into Amazon Web Services and Microsoft Azure — and that they should oppose the HHS' interoperability proposal to make it “easier to share patient data,” according to CEO Judy Faulkner, who stated via an email to CEOs and presidents of the firms that, “we are concerned that health care costs will rise, that care will suffer, and that patients and their family members will lose control of their confidential health information,” according to CNBC.

The communication also stated that patient access was fully supported by her firm, and that patient data had been downloadable since 2010 and shareable via the internet by patients since 2017.

A letter of disapproval against the 2019 HHS-proposed rules — which would ease patient-data access and also allow access via application programming interfaces (APIs) — was included to sign.

Faulkner has raised alarms about privacy issues that could come from the rules, especially API access. Advocates are pro-API because it will ease the problem of hospitals and doctors offices all being able to share records, and pushed back against healthcare data handlers like Epic.

Epic confirmed the letter was genuine to CNBC.

HHS said “a lot of energy” was put into getting the rules right. “We want the public to have computational right of access to health information so they can have control over apps of their choosing,” a spokesperson for the HHS Office of the National Coordinator for Health IT told the business news site.

The Epic Google news is the latest in the search giant's wave-making moves in the healthcare data space, which made headlines when the Wall Street Journal reviewed them in detail in a mid-January piece called, “Inside Google’s Quest for Millions of Medical Records.”

“In just a few years, the company has achieved the ability to view or analyze tens of millions of patient health records in at least three-quarters of U.S. states, according to a Wall Street Journal analysis of contractual agreements,” the article stated, also noting that, “in certain instances, the deals allow Google to access personally identifiable health information without the knowledge of patients or doctors.”
1(current)
2