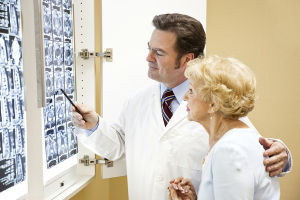 “Since the CT scan has become so ubiquitous and widely available, it has evolved into an essential tool in many imaging-based diagnoses,” Dr. Bradley Delman, vice chair for quality in radiology in the Mount Sinai Health System told HCB News. “Unlike the two-dimensional X-ray, a CT scan provides three-dimensional perspective, and with recent advances in resolution and imaging quality, a single CT exam often contains many hundreds of images. A subtle finding among such a large data set may be harder to detect overall. In addition, unlike the MR that may be used to refine a specific diagnosis, CT has become much more of a screening tool than it had been in the past.”

Delman reviewed the study for The Doctors Company along with other physician experts to form an accurate and unbiased understanding of what led to patient injuries. The most common type of misinterpretation was undiagnosed malignancy. CT scans were performed in 34 percent of the 78 percent of cases where injury was caused by scan misinterpretation.

Darrell Ranum, JD, CPHRM, vice president of the department of patient safety and risk management at The Doctors Company, chalks injuries in cases where procedures were appropriately executed up to risks of the operation.

“The taxonomy that we use from CRICO Strategies — a medical professional liability consulting firm — to code our claims include codes for technical performance where technical performance was questioned but found to be within the standard of care,” he told HCB News. “These events were identified as complications that were known to patients (informed consent process) as risks of the procedure. These cases made up 65 percent of interventional radiology cases. Only 11 percent of interventional radiology claims were found to have substandard care.”
1(current)
2