Nuclear fusion process could create US supply of Mo-99 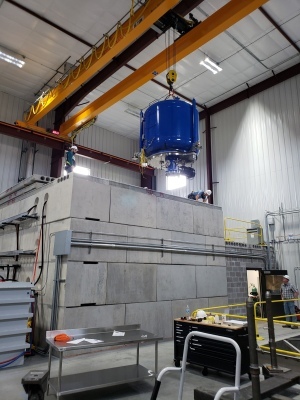 A new nuclear fusion process may shore up supply of the rapidly-decaying, cancer-detecting radioisotope molybdenum-99 (Mo-99) without the need for reactor facilities.

Nuclear technology company Phoenix and SHINE Medical Technologies, a medical isotope production company, this week announced that in July it surpassed a record for a nuclear fusion reaction in a steady-state system.

The technology will drive SHINE’s production of Mo-99, which decays into the diagnostic imaging agent technetium 99m (Tc-99m), and other radioisotopes, with production scheduled to start in 2021 at a facility in Wisconsin.

Currently, only a handful of government-owned nuclear research reactors produce Mo-99, which has a 66-hour half-life, and none of them are in the U.S., which uses half the global supply.

The companies say the eight Phoenix systems will help address limited accessibility to nuclear reactors for producing medical isotopes, used for cardiac stress testing and cancer detection, and meet a third of the global demand.

The companies expect to produce 20 million doses per year once the plant is up and running. SHINE has already sent Mo-99 samples produced by this method to GE Healthcare to be tested and verified.

Mo-99 is created by accelerating a particle beam into a target and generating a nuclear fusion reaction. The company developed a proprietary nuclear fusion process that uses a gaseous target instead of solid one, said Evan Sengbusch, president of Phoenix.

"The ion beam isn't wasting energy with a solid matrix," Sengbusch told HCB News. "It is cheaper than a nuclear reactor and doesn't produce nuclear waste."