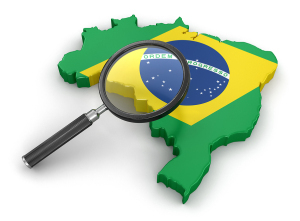 Jose Israel Masiero Filho, a former supply chain executive for Dixtal Biomedica Industria e Comercio Ltda., says he was fired after alerting at least three senior executives in 2010, one of whom was former chief executive of Philips Healthcare, Steve Rusckowski. He then tipped off authorities about the bribes in 2014 following Operation Car Wash, a probe that unveiled corruption surrounding contracting graft at state oil company Petrobras, and involving leaders at the highest level of Brazilian politics and business.

“His information was key to helping us break up this scheme,” Marisa Ferrari, a lead prosecutor in the case surrounding the alleged bribes, told Reuters.

Philips is one in a number of leading healthcare OEMs accused of paying kickbacks to government officials in exchange for contracts with public health programs. Others include General Electric, Siemens, Johnson & Johnson and Stryker Corp. In addition to Brazil’s investigation, the FBI, Department of Justice and the Securities and Exchange Commission opened their own probes into the matter this past May.

Masiero, who was hired by Dixtal in 2006, says he first learned of the bribes in January 2010 when he found irregularities in three sales agreements to a Brazilian middleman, Moses Trading American, that had secured big contracts with Brazil’s Ministry of Health. One revolved around the sale of 750 heart defibrillators, while the other two were for 3,972 Dixtal vital-signs monitors, a combined total of 68.9 million reis (about $40 million at that time), according to government records, which showed that neither Philips nor Dixtal put in a bid for the contracts.

Masiero also found it strange that Philips did not compete directly for such a major piece of business, and was suspicious that the Health Ministry was paying above market prices for the equipment. Tasked with transporting the equipment to the winner of the contracts, a medical supply firm called Rizzi Comercio e Representacoes Ltda., Masiero said he knew it was a "red flag" when he found it to be a tiny storefront in a dilapidated Sao Paulo neighborhood. An email from Philips’ sales executive, Frederik Knudsen, directed him to send the first shipment of 60 defibrillators to Rizzi Comercio.
1(current)
2
3