Helium shortage could have deflating effect on MR industry

Helium shortage could have deflating effect on MR industry 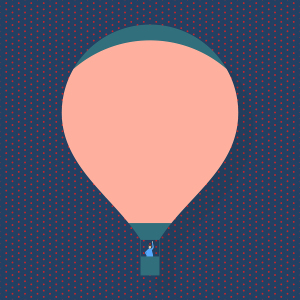 When Party City announced it would shutter 45 stores, its CEO, James M.Harrison, said in a statement, in part, that the global helium supply crunch had “negatively impacted our latex and metallic balloon categories,” sending up a warning balloon for all those who rely on the element — including in the healthcare sector.

Helium is critical to the use of MR machines, but it has many other uses, from blimps to fiber optics.

“The shortage of helium, which is present now — and which we can anticipate will increase — will affect, broadly, everybody,” Northwestern physics professor William Halperin told USA Today.

The Party City Q1 announcement just highlighted an issue whose most significant impact could arguably be in healthcare, and the difficulty it would cause to the smooth functioning of MR machines, and patients' access to imaging. “To understand the impact this would have, you'd need to think back about 40 years, to a time when surgeons had to do exploratory surgery for diagnoses they can get in 30 minutes with MR images, which are neither dangerous nor invasive," George Bodner, a professor of chemical education in Purdue's college of science, told RTV6 Indianapolis.

At present, the supply seems to be meeting demand. Blimp owner, Goodyear Tire & Rubber, spokeswoman Emily Cropper told USA Today that “our operations are not currently affected by the helium shortage."

And fiber optics maker Corning spokesman Dan Collins said that, so far, the firm is handling “worldwide supply commitments for optical fiber and cable without disruption."

Adding to the pressure is the growth of the MR market and its increased demand. The MR market is estimated to hit $7.09 billion by 2023, up from 2018's $5.85 billion, growing at a CAGR of 3.9 percent, according to industry survey firm ReportBuyer.

The helium market has been volatile. In a 2018 auction of helium for 2019 delivery by the U.S. Bureau of Land Management, crude prices for the gas rose 135 percent on the year earlier, according to a report this month by Newsweek.

In addition, the market saw the $90 billion merger of Praxair and Linde, two of the four largest helium providers, in late 2018. That deal came on the heels of the 2016 Air Liquide’s acquisition of Airgas.

When the deal was announced in 2016, Steve Angel, then Praxair’s chairman and CEO stated, "we consider this to be a true strategic merger, as it brings together the capabilities, talented people and best-in-class processes of both companies, creating a unique and compelling opportunity for all of our stakeholders."