Philips teams with Medtronic on cryoablation treatment for atrial fibrillation

Philips teams with Medtronic on cryoablation treatment for atrial fibrillation 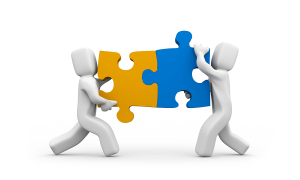 "The current standard of care relies on fluoroscopy and mapping systems. These systems are unable to visualize changes in soft tissue, so can’t assess the quality of the ablation therapy," Marlou Janssen, business leader for Philips EPD Solutions, told HCB News. "The KODEX-EPD technology is able to accurately detect the changes in tissue characteristics caused by ablation, which gives it the potential to assess therapy quality."

Affecting more than 33 million people worldwide, the source of atrial fibrillation is erratic electrical signals within the pulmonary veins. The minimally-invasive procedure of cryoballoon ablation isolates the pulmonary veins and uses cold energy — rather than heat, as in radiofrequency ablation — to create scar tissue to interrupt these irregular electrical pathways.

Utilizing a new approach called dielectric imaging, the KODEX-EPD system is capable of generating CT-like 3D, high-definition images of the cardiac structures within a patient in real time, and can map out targeted areas without having to reset a reference point if the patient moves. Positioning is confirmed in pulmonary vein isolation cryoablation operations with the use of the Medtronic Achieve Mapping Catheter, allowing for quick visualization of the pulmonary veins.

"Medtronic has been very successful with its cryoablation solution for the treatment of Atrial Fibrillation (AF). Currently, their technology is dependent on X-ray imaging to guide the procedure. The KODEX-EPD system can help to reduce the dependency on X-ray imaging and thus lower the exposure to ionizing radiation for both physicians and their patients," said Janssen. "In future, KODEX-EPD also has the potential to enable physicians to assess the quality of the ablation therapy. Medtronic’s extensive presence in electrophysiology care facilities and the synergies with the KODEX-EPD system make them an attractive partner for Philips to support rapid adoption of this new technology."

Philips is now developing balloon visualization capabilities for the KODEX-EPD system, which is CE marked and FDA cleared, and currently in clinical use at limited sites worldwide.

Sales for the integrated solution will be facilitated by Medtronic, and are expected to begin in the fourth quarter of 2019 in the U.S. and Europe.