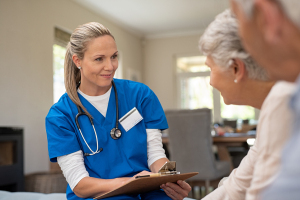 The study sought to clarify the benefits and risks of screening mammography in older women, a group for whom there is relatively limited data and information available. Specifically, the research sought to evaluate and compare the performance of digital 2D mammography with tomosynthesis (or 3D mammography) in this cohort.

“As a result of this lack of information, professional societies and organizations continue to disagree about guidelines for screening in this population,” Dr. Manisha Bahl, lead author, and a radiologist at Massachusetts General Hospital and assistant professor at Harvard Medical School told HCB News. “Our study provides data about the risk-benefit ratio of screening mammography in the older population, and we hope that this information is used by patients, physicians, and policymakers to inform future guidelines.”

The study found that screening mammography performs well in older women and that tomosynthesis leads to even better performance than conventional digital 2D mammography. For example, the abnormal interpretation rate, which is the percentage of women who are called back for additional imaging after a screening mammogram, is lower with tomosynthesis, according to Bahl.

Another study finding was that tomosynthesis leads to the detection of more invasive (rather than in situ) cancers and fewer node-positive cancers, compared to conventional digital 2D mammography. The finding suggests that with tomosynthesis radiologists can find cancers at an earlier stage.

“The goal of screening mammography is to detect breast cancers early, when treatment is more effective and when there are more options for less aggressive treatments,” said Bahl.

She added that the benefits of screening mammography continue with advancing age. With the potential risks of false positive examinations lower with tomosynthesis, the study supports guidelines recommending that screening decisions should be based on the individual, rather than age alone.

While the USPSTF guidelines do not support mammography screening after age 74, other professional groups do not recommend ceasing screenings.