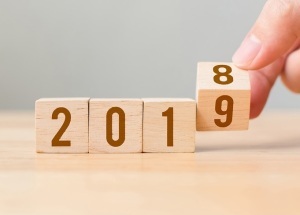 From leading OEMs spinning off, to international trade wars and long-anticipated safety reports from the FDA, 2018 was full of big shake-ups for the imaging industry.

Presented in no particular order, here are the overall top five stories of the year.

Two years after opening a docket that stirred debate in the medical equipment industry, the FDA published its highly-anticipated third-party service report entitled, "FDA Report on the Quality, Safety, and Effectiveness of Servicing of Medical Devices."

In a conversation framed around the definition of certain terms pertaining to equipment service, the FDA had set out to better understand how non-OEM entities were engaging with medical equipment, and whether or not that activity was compromising patient safety.

The comprehensive, 28-page document began with a recap of the FDA's authority and regulatory history, followed by a summary of the docket and the responses it received, as well as a recap of the public workshop from Fall 2016.

The takeaway was unmistakable: The FDA does not recommend additional regulation of servicers of medical equipment.

For many third-party service providers and in-house HTMs, the report was a testament to the quality work they perform. For other organizations, including MITA, which represents imaging equipment manufacturers, the report merely proved that there wasn't enough evidence being collected on adverse events pertaining to third-parties.

As the year wound down, the debate entered new territory. In December, the FDA hosted a workshop examining the distinction between "servicing" and "remanufacturing" – indicating that the definitions of these two terms need clarifying. We will continue to cover that ongoing discussion throughout the new year.

General Electric had a pretty wild ride in 2018. Its stock value plummeted and the multinational conglomerate was dropped from the Dow Jones Industrial Average. In order to right the ship, the company announced plans to spin off its healthcare division as a separate enterprise and focus its attention on its power, aviation and renewable energy businesses.

The decision marked the final piece in a string of spinoffs the company had undertaken to cut debt, simplify its structure, and raise cash, including the spinoff of its train manufacturing business and the $3.3 billion sale of its distributed power division. It also will sell off shares of its ownership in oil services company Baker Hughes over the next two to three years.
1(current)
2
3