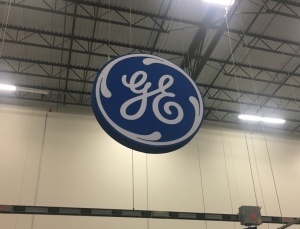 GE has filed confidentially for an initial public offering of its healthcare unit, according to new reports citing unnamed sources.

Goldman Sachs Group Inc., Bank of America Corp., Citigroup Inc., JPMorgan Chase & Co., and Morgan Stanley are all working with GE on the planned listing, said the people, who asked not to be identified as the details aren’t public, according to Bloomberg, which broke the news.

A public filing is likely next spring, the sources said.

When reached for comment, GE Healthcare stressed that it was not confirming details at this time.

“As we announced in June, GE intends to separate its Healthcare business, but we have not confirmed the form or timing," a spokesperson told HCB News. "As an independent global healthcare business, GE Healthcare will have greater flexibility to pursue future growth opportunities, react quickly to changes in the industry, and invest in innovation.”

The June announcement framed the potential healthcare spin off as an opportunity to focus more attention on its power, aviation and renewable energy businesses. Those three core businesses accounted for more than half of the company’s $122 billion in revenue for 2017, mainly through the sale of turbines to power plants and engines to jet makers. The healthcare unit accounted for about 16 percent of companywide sales last year, adding up to $19.1 billion.

“Today marks an important milestone in GE’s history,” CEO John Flannery said at the time. “We are aggressively driving forward as an aviation, power and renewable energy company – three highly complementary businesses poised for future growth. We will continue to improve our operations and balance sheet as we make GE simpler and stronger.”

A GE Healthcare IPO would be reminiscent of the Siemens Healthineers IPO in March, which has worked out well so far for the German competitor. Shares are up 32 percent since that public offering, valuing Siemens Healthineers AG at about 37 billion euros ($42 billion), according to Bloomberg.

Shares of General Electric (NYSE:GE) surged on Wednesday by more than 8 percent. According to CNBC, analysts credit the jump to the IPO news as well as the first "buy" recommendation from longtime GE market analyst, Jeff Sprague, in more than a decade.