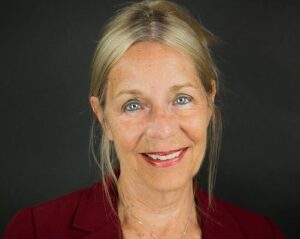 "If you're not moving forward, you're falling behind." It's an oft-repeated motivational quote that resonates both in professional and personal development. Perhaps a tad cliché, it still holds enormous truth.

As a cancer survivor, I find this this saying particularly relevant. When we are fighting for our lives, there's no time to be passive. Survival depends on finding the right doctors, the ideal treatment, and the team with the best and brightest ideas. Hope and determination keep us moving forward, even when all signs are telling us to quit.

Cancer survivors live by this credo. And we count on the medical community to be guided by it as well. Though we still don't have a cure for cancer, we continue the steady, unified march toward developing treatments and technologies to confront it when it rears its ugly head.

Staying true to that mission means speaking out when threats to medical innovation emerge. Threats like the medical device tax, which puts the development of next generation cancer-fighting technologies at risk of being delayed or shelved altogether. Passed in 2010, the medical device tax levies a 2.3 percent excise tax on medical products, including the imaging equipment used to detect and monitor a wide variety of cancers. Though currently suspended, the tax is set to take effect again in January 2020. If that were to happen, it would have harmful consequences for medical technology innovation.

We know this because it's happened before. According to just one estimate, the tax cost the medical technology sector $34 million in research and development funding the last time it was in effect. This funding could have gone instead toward fine-tuning the science behind new, groundbreaking treatments. The next generation of CT scanners, MRI machines and PET machines could have been developed – those even more capable of identifying and diagnosing lethal tumors in earlier stages or recurrences discovered earlier. Instead, firms had to set aside extra resources to comply with a tax that needlessly slowed medical innovation and progress.

With stakes this high, survivors and the other patient leaders like me know that we can't afford to sit idly by. That's why I'm proud to join my fellow cancer patient leaders in urging Congress to repeal the device tax once and for all. This week a group of us will make our way to Capitol Hill to share our stories and make sure lawmakers understand how much our lives depend upon robust development of cancer-fighting diagnostics and technologies.

We have momentum on our side. Over the summer, the House of Representatives passed a device tax repeal bill with a large, bipartisan majority. It's now up to the Senate to act on the bill, though it must do so before the year is out. Otherwise, the whole process will have to start all over again with the new Congress.

Americans need to be better prepared to confront cancer. As a cancer survivor and patient advocacy leader, I know how precious time can be. When you're fighting for your life, every second counts. The Senate must act quickly to repeal the medical device tax and allow medical innovation to move forward for the millions of Americans who need it for survival.

About the author: Erika Hanson Brown is a late-stage colon cancer survivor and creator of COLONTOWN®, an online community and resource for colon cancer patients, survivors and caregivers.