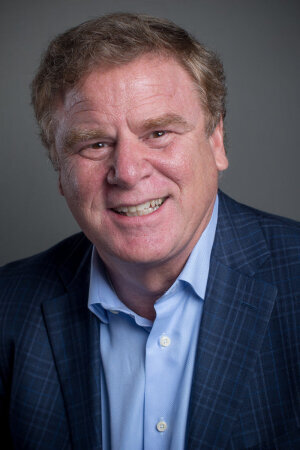 For this month’s installment of Hospital Spotlight, HCB News spoke with Moffitt Cancer Center’s Jack Kolosky to learn about some of the challenges a Florida-based cancer center faces, and to hear about some of the innovations they’re helping to pioneer.

HCB News: How long have you been with Moffitt?
Jack Kolosky: It’s going on 19 years. I started at Moffitt in 1999.

HCB News: What drew you to a career in healthcare?
JK: The things I enjoyed about healthcare were the interaction with the doctors and staff. I started off as an auditor and became a healthcare financial analyst. I always found finance to be a good way to have a good overall view of the organization and its direction. I came to Moffitt as the CFO, a role I served in for several years. The CFO was typically part of board discussions and strategic discussions. I enjoyed that part of it. I became the COO about 10 years ago and hospital president.

HCB News: What attracts staff to Moffitt?
JK: From my point of view, if you’re in cancer care, you’re part of the work that tackles a disease that has touched most families in one way or another. If you care about it, then you want to be at a first-class organization that’s working on the latest breakthroughs. Moffitt is a relatively younger organization, going on 32 years old, but I think that it’s got a very progressive spirit. One of the things I find that marks Moffitt as distinctive is its attention to teams and teamwork. The clinical programs are organized into multi-disciplinary teams based on disease sites. So that could be a medical oncologist, surgeon, radiation oncologist, the pathologist, the radiologist, all who work on a particular disease – let’s say lung cancer, for example – are all within that program and all working on the best diagnosis of the patient and the best treatment plan for that patient, including offering the latest therapies like clinical trials.

HCB News: As a cancer center, do you attract patients from other states? What’s the breakdown of in-state versus out of state?
JK: Florida is a pretty big population to draw from, but we do attract patients from out of state. About 2 percent of our patients come from outside of the U.S. As far as outside of the state, that’s a little harder to say because people who live in New York for five months of the year might live here seven, but still identify as New Yorkers. I’ll guess about 20 percent of our patients are from out of state in one way or another.

St. Luke's to be first US provider to offer GE's and Premier's One-Stop breast care model