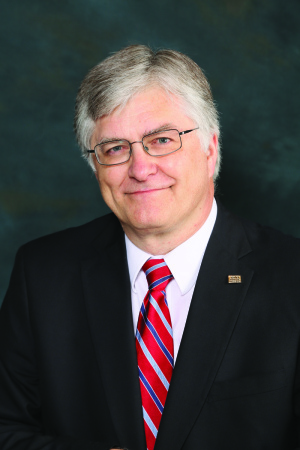 In a tradition dating back nearly a decade, HealthCare Business News reached out to the current RSNA president just before the annual show and conference to get some insight into his professional background, the latest work taking place within the association and what to look for with this year’s event.

HCB News: What inspired you to get involved in health care?
Richard Ehman: As an undergraduate, I majored in physics, planning to pursue a Ph.D. But I began to realize that there were exciting and uncrowded areas of science at the intersection of biomedicine with physics, engineering and mathematics. This was in the early 1970s, and an area that seemed particularly promising to me was to apply the power of emerging computer technology and newly developed mathematical algorithms, such as the fast fourier transform, to address important problems in the biomedical sciences. So, at the last minute, I switched to medical school. During my medical training, it became clear to me that medical imaging was a field where these new technologies could have a big impact and truly advance health care.

HCB News: What made you decide to engage in the society at such a high level?
RE: As the world’s leading radiology organization, RSNA is in a unique position to foster innovation in the art and practice of our field. This happens through the voluntary efforts of hundreds of members who serve on committees, teach courses, present scientific research and contribute in so many ways. Like others who are involved in these activities, I have always found them deeply rewarding. It is truly an honor to be asked to teach at the annual meeting or lead a committee. To be honest, I never imagined that I would have the opportunity to be elected to the RSNA board. Serving as the president of an organization that does so much to make the world a better place has been a wonderful experience.

HCB News: What initiatives are you championing as president?
RE: In the years leading up to my term as board chair and then as president, my assignment on the RSNA board was to oversee the science portfolio. With great support from the RSNA board staff, we worked to expand programming to foster new principal investigators in radiology, developed a new stipend program to encourage residents, fellows, students and their research mentors to present their research in the scientific sessions of the annual meeting, and developed a new committee to provide strategic input on scientific affairs to the RSNA. As president, I have continued to champion all of these initiatives.
1(current)
2
3