Q&A with Don Mueller, CEO of Children’s Hospital at Erlanger 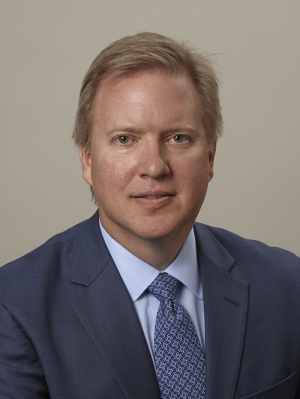 The groundbreaking ceremony for the new Children’s Hospital took place in June and construction is well underway for the facility that’s scheduled to open in late 2018. With that background, we spoke with CEO Don Mueller about his background, the work that went into making this project happen and what’s to come. Mueller wanted to make it clear that making the dream a reality was a group effort and he had a lot of praise for everyone involved.

HCB News: How long have you been with Erlanger?
DM: A little over two years.

HCB News: How did you get tapped for this position?
DM: The vision for the new children’s hospital was started four years ago when Kevin Spiegel (CEO of Erlanger Health System) joined the organization. It was in the works when I was hired. Kevin recruited me with the goal of creating a system that maximizes access and clinical care while leveraging the advantages of a larger system.

HCB News: How was the determination made to break ground on a new children's hospital in Chattanooga?
DM: It was due to the reality of where we are in providing care for children. We have world-class physicians and nurses, but our current building and infrastructure is more than 40 years old. When Kevin came on, he saw great people in a facility that should have been replaced 20 years ago. The system at the time was losing a lot of money and wasn’t able to sustain itself. When he talked about the idea of building a new hospital, people thought he was crazy. He brought me on board, with my extensive experience in fund-raising, and we put together a plan to help make this happen.

Erlanger set a goal as a health system to raise 85 to 90 percent of the money before we broke ground. Over a two-year period, we raised a significant amount of money and actually were ahead of schedule. The industry standard is 85 percent of funds on hand before breaking ground, but we weren’t there yet when we decided to move forward. We made that decision because we received so much signaling from the community that we felt if we took a little leap of faith, it would act as a catalyst and it really has. We’re well above 85 percent today. We only have $4.5 million left to go. Had we not taken that leap, we might have just been breaking ground now or even still waiting.
1(current)
2
3