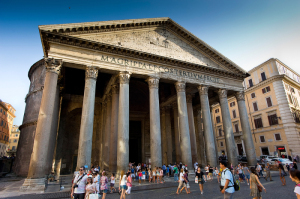 It is that time of year again, and I attended the annual IAMERS European Meeting in Rome, Italy. It was tough duty, but someone had to do it.

The event was well represented from both sides of the ocean.

There were some great speakers at the show. The always charming Rob Kerwin spoke to us about legislative and regulatory developments. On surface, that sounds like a dry topic, but Rob has a talent for making even dry material easy to comprehend.

Mads Vittrup spoke about the challenges and opportunities in doing business in Africa. He shared some really interesting statistics and facts. It sounds like Africa is going to be a really great market for health care in the coming decades.

Josh Block shared seven mistakes that he has made. Josh is another charming person, and this time we met his equally charming bride. Anyway, Josh pointed out mistakes that I think we have all made one time or another, myself included.

Anders Jensen, the man that I call "the innovator", spoke to us about the difficulties and opportunities of operating a third party service company in Europe. Anders is uniquely qualified to cover this topic.

In addition to lecturing us on import/export regulations, Diana Upton organized two lovely dinners, both with terraces. One that had a wonderful view of the 2000 year old Pantheon, and another with a view of the Borghese Park, and the dome of the Vatican. 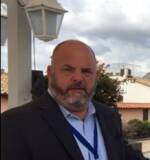 Scott Simmons
All in all, the meeting was informative and a great networking event.

I almost forgot... I assume the decision was made at the event to invite Scott Simmons to join the IAMERS Board of Directors. Scott is the President of Advanced Imaging Systems. This was the first chance I have had to really visit with him, and I am sure he will be a great addition to the Board.