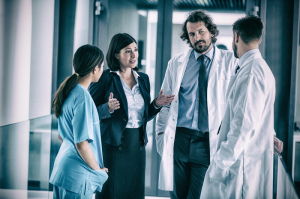 From the August 2017 issue of HealthCare Business News magazine

This is an uncertain time for the U.S. health care system.

Substantial reforms in health care financing initiated under the Affordable Care Act are under intense scrutiny by Congress and there is a reasonable likelihood that many of the provisions of that Act will be changed. Also, components of the ACA have already resulted in a large expansion in the number of people with insurance in the U.S., with as many as 21 million individuals having insurance through both the health care marketplaces and the expansion of state Medicaid programs. Clinical and technological advances continue to change the face of medicine, with new drugs that can eliminate hepatitis C, and genetic tests that can identify many different risks as well as provide information on what treatments are more likely to be effective in a series of cancers.

However, these advances have also increased the complexity and costs of the U.S. health care system.

These changes assure that health care will continue to consume an increasing share of our financial resources.

The U.S. spent over $3 trillion on health care in 2015, accounting for more than 17 percent of GDP, a level of spending that renders the U.S. health care industry among the largest industries in the country. Spending on health care has been increasing faster than spending on many other industries. We spend much more on health care for our citizens than any other country, on a per capita basis or as a share of GDP, yet when compared to other developed economies, our health care system produces poorer outcomes.

These challenges have been a driving force in the increasing use of evidence-based protocols and guidelines in the care of patients. There is good evidence that guideline-driven care improves quality and reduces costs and has become a foundation of many efforts to evaluate and reimburse clinicians and health systems based on the quality of their care rather than simply on the volume of services they provide. Understanding what constitutes good evidence, and how to apply evidence-based analysis to problems in health care are important components of the training of future leaders in the field.
1(current)
2