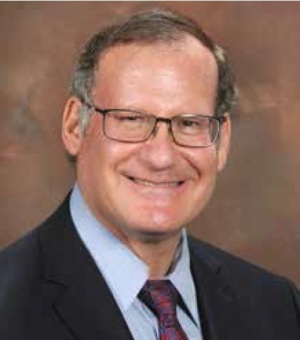 HealthCare Business News had a recent opportunity to speak with Dr. Bennett Greenspan to learn more about him, his goals as society president and some of the challenges and opportunities facing nuclear medicine, molecular imaging and SNMMI members.

HCB News: What inspired you to get involved in medicine?
BG: My father was an internist subspecializing in hematology and oncology, so I grew up with medicine in the house. In high school, he said I should go into medicine, as it offered so many opportunities. I resisted as a teenager, because that’s what teenagers do. In college, though, I studied microbiology with the aim to go into medicine. I focused on radiology and nuclear medicine in med school.

My father actually suggested nuclear medicine as a career while I was still in high school, but I didn’t know anything about it. In medical school, I looked into it. It didn’t click right away, but it did eventually make sense.

HCB News: How did you get involved and get to where you are today in SNMMI?
BG: Somewhere along the line I got involved in one or two committees. I liked it and was good at it, so I got more involved. I became a member of several committees and councils and the chair of the Academic Council. I was elected to the board of directors and served two terms. I ran for vice president- elect two years ago and was elected.

HCB News: What major initiative or initiatives do you plan to support during your time as president?
BG: There are a number. First, we’ll be presenting our value initiative from our board of directors at the annual meeting. It will support our revised strategic plan.

Second, promoting radionuclide therapy and theranostics. These have a lot of promise, especially with radionuclides that can function in both therapy and diagnostic studies.

Fourth, we’ll be supporting development of Appropriate Use Criteria (AUC) and updating our procedure standards. In its role as a qualified provider-led entity (PLE) under the Medicare AUC program for advanced diagnostic imaging, SNMMI is developing a series of new AUCs for some of the most commonly used nuclear medicine procedures. These AUCs are intended to assist referring physicians and ordering professionals in fulfilling the requirements of the 2014 Protecting Access to Medicare Act.

Fifth, we plan to reinstate the future leadership academy. It’s important for the future of the society to engage young talent and encourage them to be active participants.
1(current)
2
3