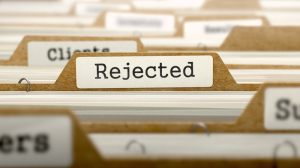 Just as health care providers and the public were getting used to the many changes brought about by the Affordable Care Act, more upheaval is on the horizon.

Even before the new administration was officially sworn in, Congress leveraged the budget reconciliation process to begin the process of rolling back many of the ACA’s provisions. As the new administration moves to take action, impassioned partisan debate and public commentary about ACA repeal make it clear that the transition to replaced or repaired health care laws won’t be quick and painless. While it seems likely that a systemic overhaul will take months, if not years, it’s time to accept that major changes are on the way for health insurance infrastructure and mandates. Specifics have not yet been determined, but it’s safe to predict that providers will feel even more pressure on their bottom line.

According to CMS figures for 2015, annual U.S. health care costs surpassed $3 trillion, accounting for 17.8 percent of GDP. The federal government sponsored 28.7 percent of total expenditures. Pending reforms are aimed squarely at controlling those costs. Estimates vary, but the general consensus is that approximately one-third of these costs can be chalked up to fraud and administrative waste, and that doesn’t include the amount of time and frustration patients spend correcting erroneous medical bills.

The continuous pressure to increase the efficiency of the increasingly complex and competitive U.S. health care system impacts everyone involved. After years of rising out-of-pocket costs and frustrating transactions with insurance companies, health care consumers are demanding better options and more accountability. Providers are burdened by regulations, health IT implementations, increasing patient loads and insurance-related processes. Many insurance companies struggled to make a profit in the individual market.

To make it through the looming challenges, health care organizations need to keep a sharp focus on optimizing operations and administrative systems.