Pencil beam scanning: The proton therapy innovation of the future 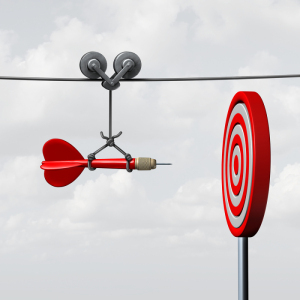 As our ability to treat cancer improves, patients are living longer. This is an amazing medical accomplishment, but it does elevate an issue somewhat novel to modern cancer treatment: patients often experience consequences of their treatment later in life. Indeed, sometimes the very tool that cures patients can also harm them.

Conventional radiation, or X-ray, therapy is a very common form of cancer treatment for solid tumors that has been used for decades, and is effective for controlling many types of cancer. It’s composed of primary photons and secondary electrons that deposit their energy along the entire path of the executed beam. While effective at eradicating cancer, traditional radiation, in some cases, can cause long-term side effects. Depending on where the patient’s tumor is located, side effects can include heart and lung issues, hypothyroidism, intestinal problems, infertility, cognitive issues and increased risk of other cancers. Fortunately, there has been a groundswell of support among the medical community in recent years to adopt more tailored, precise radiation treatments to mitigate the risk of long-term harm to our patients.

On the forefront of this is proton radiation therapy. As with X-ray radiation, proton therapy destroys cancer cells by preventing them from dividing and growing. Unlike X-ray radiation, it uses protons — positively charged particles — to target tumors. As protons move through the body, they slow down, interact with electrons and release their energy. Protons penetrate tumors more precisely, spreading out its Bragg peak (the point of highest energy release) inside the tumor and reducing the chance that ancillary radiation will reach surrounding healthy tissue. If standard radiation is like a spotlight, proton therapy is a laser beam. But in the last few years, an even more precise radiation “laser beam” has emerged: pencil beam scanning (PBS).

Technique and application
Similar to regular proton therapy, pencil beam scanning places radiation more precisely within a tumor. Pencil beam scanning couples the unique properties of protons with a magnetically-guided scanning system that delicately and precisely moves a beam of pencil point sharpness back and forth across each layer of a tumor’s thickness, painting the tumor with radiation in three dimensions. When the energy of protons is delivered in this way — almost like the paint on the tip of a brush — it results in the most meticulous delivery of radiation available today.
1(current)
2
3