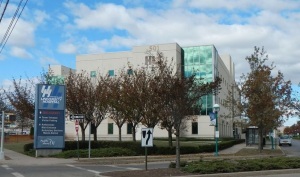 In the July issue of HealthCare Business News, Dr. David Hirschorn, director of radiology informatics at Staten Island University Hospital, discussed the importance of critical test management and getting results to the right person in a timely manner. For part two, Hirschorn talks about test findings that don’t require immediate attention, but do require followup at a later time. “Urgents are taken care of right away, because they have to be — a feeding tube placed in the lung — of course, they’re going to fix that immediately,” says Hirschorn. “But a nodule in the lung that has to have a follow-up three months or six months from that moment, that’s something with a more likely chance of being dropped.”

While Hirschorn says that the job has been done legally when a recommendation has been made and communicated, the moral obligation still remains to follow-up. Yet, even those with the best intentions can be stymied if the tracking of the patient isn’t adequate. If a radiologist recommends a CT scan in five months, there’s a good chance the patient can go somewhere else, so the opportunity for follow-up is difficult. Hirschorn says that frequently if he doesn’t see a record of the patient getting the recommended CT, they got it somewhere else.

The problem is resolving itself to some extent via the changing landscape of today’s health care field. Hospital consolidation is increasing the likelihood of a patient staying within the same health care system. Even same system care doesn’t guarantee perfect tracking. So what can a radiologist do? “You could build it into the EMR,” says Hirschorn. “Be aware that there are disconnects between acute care and inpatient and outpatient systems, though. And unfortunately, there’s some disconnect within some systems.” The systems are typically designed around the particular type of encounter. By working with the tools available — in this case, the EMR — it can head off a lot of issues.

According to Hirschorn, by working within the confines of the EMR, he can see if there was an outstanding recommendation that hasn’t been fulfilled, and then he can alert the doctor. “If it’s in the same electronic medical system it’s great,” he said. “If it’s not, it would be great if they could transfer that information.”

Hirschorn says it doesn’t matter if the CT was performed in the ED. It doesn’t change the fact that the patient should come back for a follow-up in three months if there’s good reason. If it’s a well put together system, when the patient does come back in for, say, their podiatry appointment, there will still be a heads-up. “That’s what good systems will do — take a recommendation and build it in from any source to alert any health care provider to that fact,” says Hirschorn.
1(current)
2