Total-body PET scanner being developed with $15.5 million from NIH 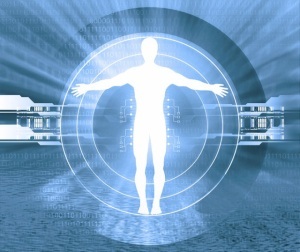 For the first time, we’ll be able to use a total-body PET scanner to image the entire body at once, Dr. Simon Cherry, professor of biomedical engineering at University of California (UC), Davis, told HCB News.

The scanner has the ability to image the body more quickly and to subject patients to less radiation while they’re being scanned, said Cherry. The new technology will impact pharmaceuticals research and the treatment of chronic diseases such as diabetes, in particular.

Cherry’s research team at UC Davis has been awarded a $15.5 million grant by the NIH High-Risk, High Reward Program. According to the university, this is one of eight given in the NIH’s transformative research category in 2015. The five-year grant is administered by the National Cancer Institute.

According to the university, PET scans are often used to diagnose and track a variety of diseases, such as cancer. That’s because PET scans illustrate how organs and tissues function within the body. By way of contrast, MR and CT scans primarily show anatomy.

With a total-body PET scanner, Cherry said patients can be imaged within 15 to 30 seconds—as opposed to the 10 to 20 minutes required today, when PET scanners can only image parts of the body at a time. He said that if the entire body can be imaged in 15 to 30 seconds, patients should be able to hold their breath for the procedure, and then there won’t be the blurriness currently experienced when images are captured.

In terms of patients likely to benefit from this new technology, Cherry specifically highlighted children with early-onset diabetes and those with autism disorder. The work to demonstrate the diagnostic value of the total-body PET scanner lies ahead for Cherry’s team. First, the PET scanner must be developed — in conjunction with a vendor with experience in the PET scanner space — then the technology must undergo clinical trials.

Cherry and his colleagues are in active conversations with vendor partners to help build a prototype for a total-body PET scanner. His team will also work with colleagues at the University of Pennsylvania and Lawrence Berkeley National Laboratory in Berkeley, California. He expects his current team of 12 people to grow to somewhere between 15 to 20 people.

The radiation dose that patients will experience in the total-body PET scanner will be comparable to the level of radiation they experience on a flight to Europe and back, said Cherry. He anticipates that scanning a patient will be very safe, and easier than it is today — because it can be done more quickly.