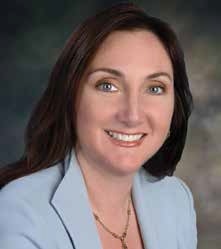 For this month’s hospital spotlight installment, HealthCare Business News caught up with Suzanne Richards who celebrated her first year as CEO of Orange County Global Medical Center this past April. Richards discussed her background and provided the latest on what’s going on at OCGMC.

HCBN: How did you get involved in health care?
SR: Actually, I decided at a young age that I wanted to be a forensic pathologist — like the television character, Quincy. I went to California State University where I received a Bachelor’s of Science in nursing. Later, I received my Master’s in Public Health from Loma Linda and my MBA from the University of California’s health care executive program.

HCBN: How did you come to be CEO of Orange County Global Medical Center?
SR: I think in part, it was due to the way I approach health care challenges. I learned that people have developed policies that they’ve continued to follow even if there were better ways to do things. It’s more important to figure out if what you’re doing is actually best for patients. Being a different type of thinker helped me get the CEO role.

The owner of the hospital I was working for acquired four hospitals in Orange County that were losing money. I was asked to come over and help. I was able to turn things around and I was put at the head of the flagship hospital (OCGMC) in April 2014. When I came on board, we averaged 75 to 80 patients in the daily census. For a 282-bed licensed facility, that just wasn’t financially viable. Now, 18 months later, we’re at 115 to 120 and the numbers continue to improve.

HCBN: Let’s talk about consolidation a little more. It’s fairly common across the country in today’s health care environment. How active is OCGMC in this area?
SR: We have four hospitals anywhere from five to 10 miles apart. When I got here, to coin a phrase, I knew we had to synergize, not cannibalize. So we determined the key roles for each hospital. For instance, we had two of our hospitals doing spine surgery. Today, if you’re doing lower spine, you’ll go to our sister hospital. For more complex upper spine, you’ll head over to us. We are also expanding our outpatient capabilities, since health plans don’t want to direct everything to inpatient treatment. So on the horizon we have a surgery center opening, along with some urgent care and perinatal clinics. We also have the health center for intensive and partial programs for patients, and we’re in talks with the county to do even more outpatient work for patient psychiatric care.
1(current)
2