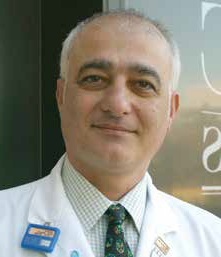 Three years ago, the Society of Nuclear Medicine grew. Or at least their name did. It was three years ago that the society’s membership voted to add molecular imaging to the name, to create the Society of Nuclear Medicine and Molecular Imaging or SNMMI. Although that chapter is in the past and most people have adjusted to the lengthier name, there are still plenty of challenges and opportunities for growth in the society’s future. HealthCare Business News spoke with SNMMI’s current president, Dr. Hossein Jadvar, to learn a little more about the individual as well as the work going on at SNMMI.

HCBN: What inspired you to get involved in medicine?
HJ: I was interested in science and technology starting back in high school. I did experiments and built radios and things like that. I was born in Tehran, Iran, and the educational system there is basically structured so that you have to make your career decision early in high school.

It was very clear to me that I wanted to be a physician. At the same time, I wanted to have a science degree too. When I graduated from high school in 1978 at the age of 17, the revolution occurred and I left the country to continue my education in the United States. I went to college here and didn’t go into the M.D. side first, because it was difficult to have the funds to go into it right away. I obtained a B.S. in chemical engineering and then continued in biomedical engineering because that’s when computers were really first being introduced, and I was interested to learn how that new technology could be applied to medicine.

I finished with a Ph.D. in bioengineering from the University of Michigan and a Masters in biomedical engineering and computer engineering – specific to cardiology. And I received nine patents for my work. When I obtained my Ph.D. degree in 1988, I also received permanent residency through my mother. I became a naturalized U.S. citizen in 1995. After receiving my permanent residency in 1988 though, I immediately applied to medical school at the University of Chicago.

I wanted to stay in Chicago because I was involved in a small medical technology company there. I finished at the University of Chicago in 1993 and when time for residency came, I decided on medical imaging. I really liked what was involved with medical imaging, with making diagnosis, and having a real impact, because many physicians look at what’s going on, to really decide what’s needing to go on next – if a treatment is working for example. I applied to radiology programs and was lucky to have my first choice, the University of California, San Francisco (UCSF) for an internship in internal medicine, followed by a residency in diagnostic radiology and nuclear medicine at Stanford.
1(current)
2
3

My interviews with Dr. Ron Chiarello and Mike Machuca