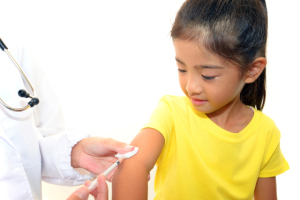 Berlin's Charite hospital issued a statement last week indicating the first death related to Germany's latest measles epidemic. The 18-month-old boy was said to not have been vaccinated against the vaccine, and also suffering from another unspecified condition, which may not have been fatal without the added complication of measles.

"The outbreak in Berlin is a sobering setback. In general, Germany's immunization rate is too low," Director Anette Siedler of the Robert Koch Institute, a Berlin-based disease control and prevention organisation, told German media.

This is the worst measles outbreak in Germany in almost 15 years, and it may be linked to a minority of people who fear negative side effects from vaccination. There is a theory that the triple vaccine for measles, mumps and rubella (MMR) could cause autism, which has been widely and repeatedly discredited.

The World Health Organization (WHO) has goals for eliminating measles entirely, and efforts increase access to measles vaccination has reduced measles deaths worldwide by 78 percent from an estimated 562,400 deaths in 2000 to 122,000 in 2012.

In Europe in particular, the reduction rises to 95 percent, according to the WHO. “We must collectively respond, without further delay, to close immunization gaps,” said Dr Zsuzsanna Jakab, WHO regional director for Europe, in a statement. “It is unacceptable that, after the last 50 years’ efforts to make safe and effective vaccines available, measles continues to cost lives, money and time.”

The WHO describes measles as a highly contagious viral disease, which affects mostly children. It is transmitted via droplets from the nose, mouth or throat of infected persons. Initial symptoms, which usually appear 10–12 days after infection, include high fever, runny nose, bloodshot eyes, and tiny white spots on the inside of the mouth.