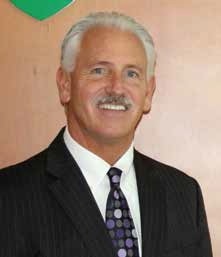 HCBN: You’ve had a varied career in health care, including CEO at St. Anthony Hospital in Denver, a Level I Trauma Center where you built a replacement hospital. What led you to become CEO of a hospital in the Middle East?
PM: I did my due diligence as I always do — I’ve been in the position about a month. Dubai is one of seven emirates in the country of the United Arab Emirates. Expatriates, such as myself, make up the largest group working in the country and outnumber citizens by about five to one. Consequently, it is a country that comfortably melds many different cultures — from Islamic to Western. What this country has accomplished in only its 43-year history is very impressive. Dubai is a very dynamic place in which to live and work.

HCBN: Tell me about the hospital.
PM: It is a beautiful 384-bed facility equipped with the latest medical technology. We have a three tesla MR scanner, a PET scanner and the only cyclotron linear accelerator in the region for cancer treatment. The founders of this hospital wanted to bring the recognized high quality standards of the U.S. health care system close to home. In fact, they still consider the American name to be a strong brand advantage. Consequently, it was the first hospital in the Middle East to receive Joint Commission International (JCI) accreditation (and was reaccredited for the fifth time in 2012). Every policy and procedure I have seen is the same as you will find in a U.S. hospital. The founders also realized there were many doctors from the Middle East trained in the West who wanted to return closer to home to practice medicine; this hospital provides that opportunity.

HCBN: How big is your medical staff?
PM: We have about 85 active salaried and contracted medical staff members plus community physicians. In addition to physicians from the Middle East countries, we also have a mix of nationalities, including Syria, Pakistan, United Kingdom, Lebanon, Germany, India and South Africa

HCBN: How much of your patient census arrives from outside the country?
PM: About 40 percent of our patients travel from outside the country; most from within the region. Dubai is actively engaged in attracting that type of patient and expects to see its total medical visits to increase from 107,000 in 2012 to 500,000 by 2020. We do offer a price advantage compared to the U.S., although not as much as medical tourism in such countries as India.
1(current)
2