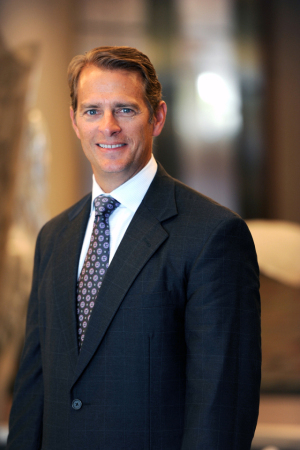 Getting an influx of patients over a short span of time can be a logistical challenge for even the most organized facilities, but what happens when dozens of patients are admitted over the course of a morning? Mercy Health - West Hospital had just that challenge when patients were moved from two hospitals being consolidated into the newly opened facility. DOTmed HealthCare Business News spoke with Mike Stephens, president of Mercy Health’s West Market, to learn how they managed the transition so smoothly.

HCBN: Two of the Mercy Health facilities merged in November. How did you go about preparing staff and the surrounding community for that change?
Mike Stephens: The first part of making people ready for that shift and be ready to give up the only employer many may have known for their entire career, was to build a level of excitement. One thing we did was to hold a celebration where we invited staff to reminisce about accomplishments and positive memories and then place a “memory stone” into a large vase to signify that memory. That vase is on display at the new hospital. So that acknowledged that even though there was excitement about the future, for some there would be grieving for the past, but they were able to take those positive memories along.

We began recruiting for our two new service lines eight or nine months before the anticipated opening. As we hired, we began orienting them to our vision of the new hospital. Then they spent the time leading up to our opening at one of our sister facilities so that they were comfortable with how we wanted to run the department and comfortable with each other as a team.

In parallel, we had a physical move to plan — 1,500 employees plus medical staff, plus volunteers. We had to inventory all the medical equipment and furnishings and artwork. We started that process about a year before the move date. It culminated during the last few months, where we had to identify the process of gradually dismantling different departments.

We also had to plan for moving the patients from the existing hospitals to the new hospital. The move started at about 6 a.m. on November 10, the day Mercy Health West opened. We emptied Mount Airy first — we had a fleet of ambulances along with a sending, transport and receiving team to make sure that each patient was cared for every step of the way. We finished by lunch and then moved all the patients from Western Hills. By mid-afternoon every patient was moved into the new hospital. That was probably the most dramatic part — seeing that move take place and seeing a constant stream of ambulances leaving every six minutes until it was done.
1(current)
2