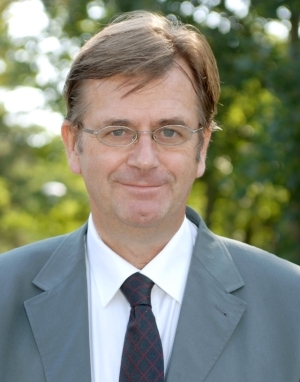 Dr. Nils Wilking
from the Karolinska Institute
in Stockholm, Sweden
A new study suggests that breast cancer rates and mortality are on the rise in developing countries. The study, commissioned by GE Healthcare, finds that the survival rates for women in these countries is lower due to late stage diagnosis of the disease and limited access to treatment. Dr. Nils Wilking, an associate professor at the Karolinska Institute and head of the department of oncology at Skånes University Hospital in Sweden, has worked clinically with breast cancer for more than 35 years. He was part of the study's research team and spoke with DOTmed News about the findings.

DMN: What countries are seeing the most dramatic increases in breast cancer?
NW: We're seeing a shift where the burden of cancer — and especially breast cancer — is moving from developing Western countries over to developing countries. We see major increases right now of the number of cases in Latin America and parts of Asia.

DMN: Do all of these countries also have a high mortality rate from the disease?
NW: They do. When it comes to, say, the five-year survival mark, which is usually the measurement we employ, the best rates are in the U.S. and Canada and in parts of Western Europe. Countries with high mortality rates from breast cancer are in Central and Eastern Europe and now it has also moved to Latin America and parts of Asia.

DMN: What's the explanation for this?
NW: It's partly explained by the presentation of the disease, because in these developing counties we are also seeing a shift where there is a younger-aged population being diagnosed with breast cancer. It seems outcomes are poor and that is linked to different things, one of course being access to proper diagnostics and to treatment.

In many areas of the world, we have sketchy cancer registry reports. Elderly women in developing countries are not diagnosed with the disease so there is an under-reporting of elderly patients with perhaps less aggressive disease — so that could be part of the explanation of these poor registration cases. Also, there seems to be something in the biology when there is a shift toward a more Western lifestyle. As the number of cases increases, the increase is mainly in breast cancer in women about the age of 50 with less aggressive disease than the younger ones. That's what we've seen if we look over time.

DMN: What's the most alarming thing you found in this recent report?
NW: The most alarming thing is the shift that breast cancer is becoming a major health problem in many developing countries and cancer overall is more of a health problem and that's mainly due to an increase in life expectancy. Cancer is a difficult disease area — especially breast cancer — you need to have a good infrastructure in diagnostics, you need to have diagnostic developments with mammography, you need to have pathology and also treatment, like surgery radiotherapy, and specific cancer drugs. The technology is quite costly especially if you are looking at newer ones and also the new drugs so it becomes an issue to try to develop cost-effective diagnostics and treatments that are affordable for a patient population. It becomes a problem of supplying advanced technology in diagnostics and treatment and drugs in developing countries.

But we have some affordable ways. Mammography and ultrasound are not that expensive and can be applied, and we have many generic breast cancer drugs too. So we can make large improvement at relatively low costs.

DMN: Why is this such a complex issue to address?
NW: Education and public awareness is key. You cannot introduce the technology if people are not aware of the disease and don't have the knowledge. We've seen that in Eastern Europe — awareness is low and there is a concept that breast cancer is an incurable disease and early detection is no use. If we move into Latin America, Asia and parts of Africa, it's a huge education challenge to get people aware about the symptoms and the treatment options.

We need to set up affordable systems in these countries to meet the challenge of the increase of breast cancer.

DMN: Any promising examples of such efforts?
NW: GE has several mobile units for mammography. We know this works because when we did the first trials with mammography in Sweden in the 1970s we used mobile mammography units and we know this is a good way to reach out to the population — not only for diagnostics but also for education.