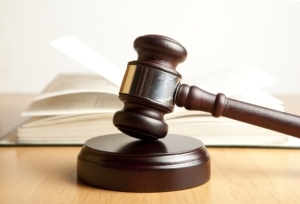 Will the Supreme Court
take up Medtronic's appeal?
On Monday, the Supreme Court sought legal advice from the Obama administration on Medtronic Inc.'s appeal of a lawsuit filed by a man who was left paralyzed after being implanted with one of the medical device firm's products.

The suit accuses Medtronic of failing to inform regulators at the U.S. Food and Drug Administration about previous problems and risks associated with the device.

Surgeons implanted Richard Stengel's Medtronic pain pump in 2000, but the device was later removed in 2005 after he collapsed at home. After warnings from the FDA, the product was pulled off the market in 2008.

The device firm hinged its defense on a technicality, arguing that patients can't use state law to sue manufacturers for violating a duty under federal law. The appeals court rejected that argument, allowing the suit to move forward under Arizona state law.

However, there's legal precedent behind that defense: In 2008 the Supreme Court ruled in Riegel v. Medtronic that defective device lawsuits under state law were barred when the device in question had been approved by the FDA.

The case gets at a larger, ongoing debate around whether FDA approval legally shields medical device manufacturers from state-product liability lawsuits.

By asking the Obama administration for its views, the Supreme Court seemed to indicate that the court may be open to reviewing the lower court's decision.