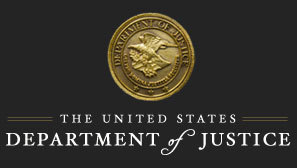 From July 1, 2001, through April 23, 2008, the company allegedly submitted Medicare and Medicaid claims for MRI scans performed with a contrast agent, without the supervision of a qualified physician.

Federal regulations require that scans using contrast agents be supervised because they may cause the patient to go into anaphylactic shock.

The company also allegedly submitted claims referred by physicians with whom it had "improper financial relationships," according to the Department of Justice.

In exchange for these referrals, Imagimed provided kickbacks and gifts.

"Stripping away the profit motive for circumventing physician supervision requirements has both a remedial and a deterrent effect. The settlement announced today advances our critical interest in both the integrity of our health care system and the safe delivery of medical services," U.S. Attorney for the Northern District of New York, Richard S. Hartunian, said in a statement.

The case illustrates a renewed effort on the government's part to focus on health care fraud — a relevant concern in light of rising health care costs.

Imagimed did not respond to a request for comment as of Monday.